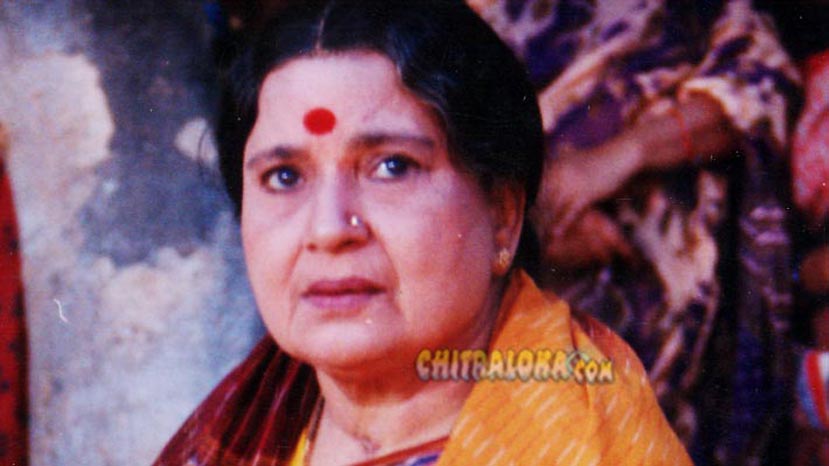 Pandari Bai’s bad luck in life started in December 1994 after she lost her left hand at a road accident a few years ago. After a nightmare she kept a very low profile. She was admitted to a hospital in Chennai a month ago. The Tamil Nadu Chief Minister had given all help for the recovery of respected actress. The Karnatana Information minister Kagodu Thimmappa paved a visit to the hospital where Pandari Bai was admitted and assured of meeting the hospital bills.

The sad news of demise of Pandari Bai has shocked the entire Kannada film industry.

Pandari Bai made her debut from T.Chowdaiah (late Peetilu Chowdaiah) produced Vaani Kannada film in 1943. She became a heroine from Gunasagari in 1953 opposite Honnappa Bhagavathar. For the first film starring Dr.Rajkumar ‘Bedara Kannappa’ Pandari Bai played the heroine and the same actress played mother of Dr.Rajkumar too in the later days.

An admirer of lord Panduranga Pandari Bai produced Santha Sukha, Rayara Sose, Anuradha under the banner ‘Panduranga Productions’. She had constructed ‘Panduranga Temple’ in Chennai.  Pandari Bai showed her interest in theatre dramas and traveled all over and staged plays. She launched a theatre group Sri Krishna Chaitanya Nataka Sabha’. Besides this she had written devotional songs. From ‘Manethana’ mega serial Pandari entered the small screen a few years ago. In a joint venture she produced ‘Sri Krishna Leele’ directed by G.V.Iyer which is yet to be released in small and big screen.

Winner of best supporting actress for Belli Moda and Namma Makkalu Pandari bai is the winner of Dr.Rajkumar award.

She is the elder sister of actress Mynavathi. Pandari Bai got married to P.H.Rama Rao at the age of 50 years.