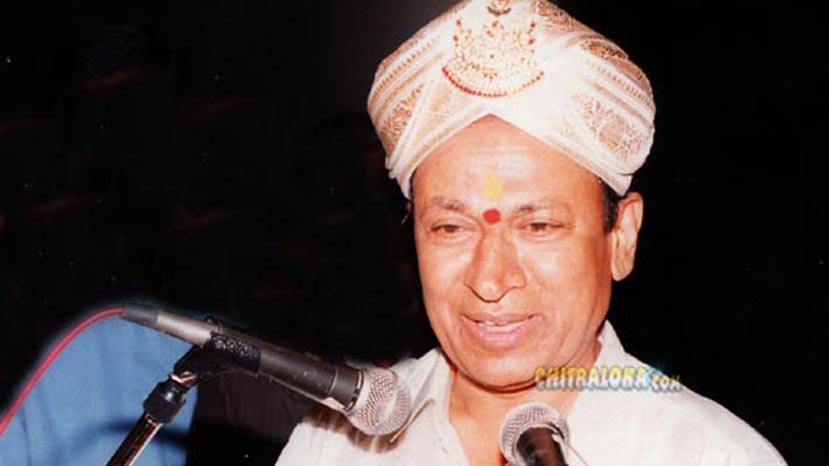 In the annals of Kannada film history of 67 years the year 2000 was unforgettable for the kidnapping of Dr.Rajkumar by the forest brigand. Dr.Rajkumar kidnap from his native village in Gajanur on July 30 night at 9.30 pm has blocked the Kannada film industry for three and half months. The result the industry faced Rs.250 crores worth of activities coming to halt. It was after 108 days on November 15, the matinee idol Dr.Rajkumar was released from forest by dreaded killer, smuggler Veerappan.

With such a gloom surrounding the Kannada film industry for three and half months there was little glory to celebrate.

Coming to the hits and misses of the year 2000, there were 54 films in Kannada released in the year and fifteen of them are remakes. The remakes films only gave courage and encouragement for the producers.

The hero of the year 2000 is superstar Vishnuvardhan. His films Soorappa and Yajamana were super hits while the last year’s Suryavamsha completed silver jubilee run in this year. Vishnu had two flops too. Deepavali and Nanna Hendthi Channagiddale made poor collection. Dr.Rajkumar and Upendra had only one release and both of them were silver jubilee films. ‘Shabdavedi’ was Dr.Rajkumar’s come back to films after five years of self imposed exile and Upendra’s  ‘Preethse’ was mega hit of the year. Ravichandran managed to sail in the average hit list with two of his films Preethse Thappenilla and Oh Nanna Nalle collected good and his guest appearance film ‘Mahatma’ was a disaster. The trailblazer Ravichandran maintained a good record with his music direction. Two of his films in the average hit list had good music. He also directed written dialogues and lyrics in this year and left a good mark.

It was a pretty good year for actor turned Member of Parliament Shashikumar. He had acted in three films – Yaarge Salathe Sambala and Yajamana were super hits while Sundarapurusha was a flop. The versatile actor Ananthnag had six releases. As usual he pocked the popularity. Another utter flop hero of the year 2000 was Saikumar. All his seven films as hero bombed at the box office. Devraj follows Saikumar with continuous seven flops in the year. B.C.Patil a villain turned hero had acted in four films as hero and all of them were flops. It was a disgusting year for actor Ramesh Aravind. In his three films Srirastu Shubamastu was average while Deepavali and Nanna Hendthi Channagiddale were major failures. Villain Shobaraj was hero in this year but his film ‘Bhagwan Daada’ crashed. A  well known comedian Kashi secured the position of hero but his hard work did not get noticed in ‘Nanna Hendthi Channagiddale’.

The newcomers Yogeshwar (Uttaradruvadind Dakshina Druvaku) and Sudeep (Sparsha) had a good beginning.

The top heroine of the year is actress Prema. She had six releases in the year. Yajamana, Nagadevathe, Nannavalu Nannavalu, Uttaradruvadind Dakshina Druvaku collected well while Gajina Mane and Mayabazaar were utter flops. In the year 2000 Anu Prabakar, Shruthi had three films but only Soorappa figured in the hit list. It is in this year actress Shruthi acted with her husband director S.Mahender in ‘Ghattimela’. Talented actress Vijayalakshmi had three releases and all of them were flops. Actress Malashri’s come back after two years in ‘Chamundi’ was an average hit. Suhasini had one hit and one flop in this year. Sudharani figured in the film ‘Sparsha’ and Jayaprada opposite Dr.Rajkumar in ‘Shabdavedi’ proved that are here to stay again. It was a good beginning for actress Rekha in ‘Sparsha’.

The home girls like Chaithali, Tushara, Damini, Ruthu, Archana, Bhavana could not make it to the hit list.

Talented director S.Narayan has given a superb show in big and small screen in the year 2000. Narayan had also acted in two films and he shares the major credit as the successful director. Narayan fulfilled his great ambition in life by directing Dr.Rajkumar in ‘Shabdavedi’. The films he directed and acted ‘Ghalate Aliyandru’ and Nannavalu Nannavalu were the hits. In small screen S.Narayan’s directorial venture ‘Parvathi’ ‘Ambika’ and now ‘Durga’ currently on air are mega serials adding jewels in the crown of director S.Narayan. S.Narayan  in fact had three films in a row as super hits. Last year’s ‘Suryavamsha’ completed silver jubilee in this year and the other two films came in succession ’Shabdavedi’ starring Dr.Rajkumar, Ghalate Aliyandru starring Shivrajkumar and himself were hatrick hits of director S.Narayan. His home production Nannavalu Nannavalu has also completed 50 days of screening in Kannataka. He is big in big screen and big in small screen too.

Among the big directors D.Rajendra Babu suffered three failures out of four. Preethse was only saving grace for veteran director D.R.Babu. Literary personality Baraguru Ramachandrappa directed ‘Hagaluvesha’ and it was a wash out. With two films to his credit director Dinesh Baboo suffered a jolt. Ace director Sunilkumar Desai kept up his promise with his ‘Sparsha’ crossed 100 days of screening. Two youngsters made a strong presence felt in this year. Kavitha Lankesh’s  ‘Deveeri’ (starring Nandita Das of fire fame) and R.Seshadri’s ‘Munnudi’ got rave reviews. Kavitha Lankesh’s first directorial venture received good appreciation in the National and International level.

The melody king and National award winner Hamsalekha had a spectacular year. He had fifteen films and four of them were not up to the mark. He acquires the ‘Simhasan’ of victory in this year also. Other music directors V.Manohar had six releases and his directorial venture Indradhanush was a miserable flop. Sadhu Kokila had five releases and all of them were flops. Rajesh Ramanathan figured in three but succeeded in only Yajamana. Debutant Prashanthraj in three of his music scores gave tolerable music only in one film – Nannavalu Nannavalu.

In the cinematography section Ramesh Babu figure first in the race with three of his films clicking in the box office. Other cinematographers P.K.H.Das 3, Sundarnath Suvarna 3, C.D.Raju 4 and B.C.Gowrishanker 2 films left their strong foot hold.