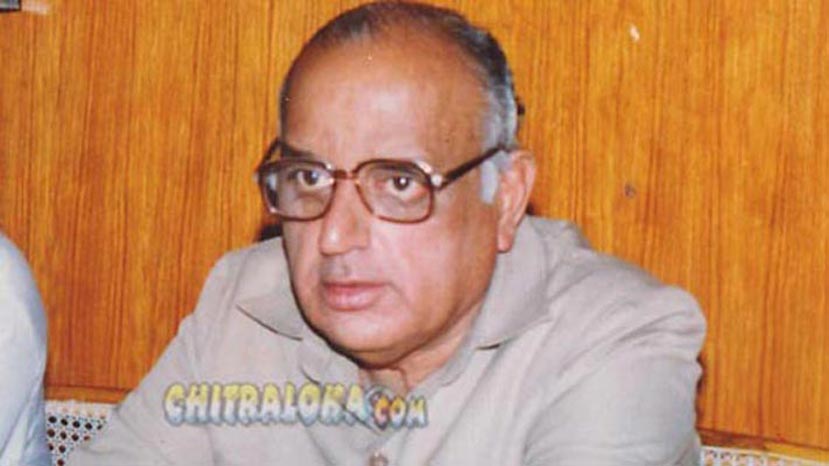 Chitraloka Mega Poral deeply mourn the death of  80 year old Veteran Journalist V.N.Subbarao  who breathed his last on Tuesday Morning at the M.S.Ramaiah Hospital. Scores of his well wishers from the field of   Politics, Cinema, Culture, Literature paid the last respects to the departed soul after his body was placed in Suchithra Film Society till afternoon.  Later he was cremated at Banashankari cremetoriam.  He leaves behind his two sons Murali and Sudarshan.

V.N.Subbarao started his Jouranlistic career quite early in Mumbai where he worked as a reporter in Screen film weekly and later in the Mumbai edition of the Indian Express. He came to Bengaluru later where he worked for the Indian Express Group for a longer time.  He was the editor of Kannada Prabha and also Resident Editor of  Indian Express.  He was the editor of Samyuktha Karnataka later.  He wrote columns in various English and Kannada newspapers.  He was well known in political circles and was closer to many Chief Ministers in Karnataka starting from S.Nijalingappa to Jagadish Shettar.

Subbarao who started his career as a film journalist wrote film columns in Indain Express and later in Deccan Herald. He started a weekly Kannada film periodical "Meanaka' which was the most popular film weekly during seventies till the early eighties.  He encouraged good films and headed a committee formed by Karnataka State Government to suggest improvements in infrastructure in the state and enable encouragement for good and quality orieted films.  His suggestions was accepted and some were implemented also by the state government.

Subbarao encouraged good young talents in Journalism and films.  Many top journalists of today like Sachidananda Murthy (who is heading the Delhi office of Malayala Manorama and The Week periodical), A. Surya Prakash of Pioneer in Delhi, ,  Ramakrishna Upadhyaya who is presently working as Asst Editor of Deccan Herald, Nazreen Burah former Resident Editor of Asian Age, Late E. Raghavan who was the editor of Vijaya Karnataka, and Resident Editor of  The Economic Times and Channai's Deccan Chronicle, Ranganath of Public TV were all duly encouraged by V.N.Subbarao. R.G.Vijayasarathy, content provider of Chitraloka Mega Portal had also worked in a periodical edited by V.N.Subba Rao.

May his soul rest in peace.