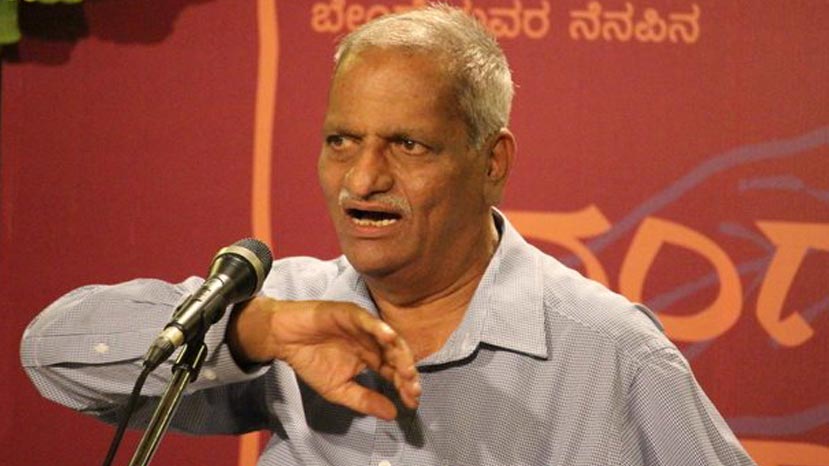 Well known writer Gopal Vajpayee who has worked as a screen writer and lyricist to Shivarajakumar starrer 'Kabira' and many other films has breathed his last tonight. He was 66 and died because of Asthama.

Gopal Vajapayee started his career as a journalist and worked in 'Samyuktha Karnataka'. Along with that, he wote for films like 'Santha Shishunala Sharifa', 'Nagamandala', 'Sangya Balya', 'Singaravva' and others. He later joined ETV Kannada and wrote for the very famous 'Ede Tumbi Haduvenu' anchored by S B Balasubramaniam.