Ganesh Hits Back All Allegations - Exclusive 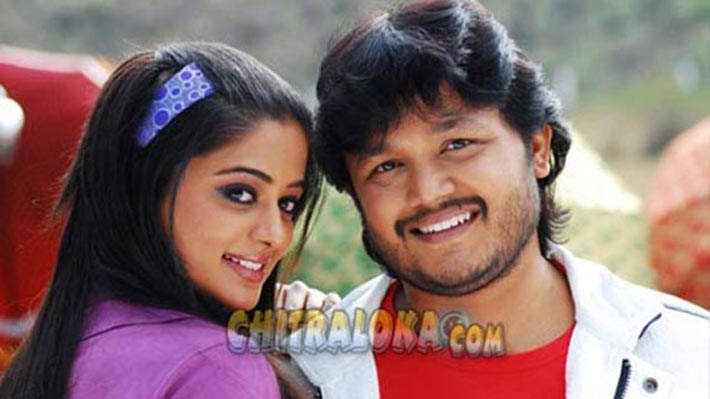 Golden Star Ganesh who is now in Chennai to attend the final editing of his directorial venture Kool is clearly upset about the allegations made against him by Eno Onthara producer M Chandrashekhar in a press conference that he addressed on Monday. He is just leaving to abroad to shoot the songs of his film Kool, but was really hurt when he came to know that both Chandrashekhar and the film's director Mussanje Mahesh had made derogatory allegations on him.

Talking to chitraloka.com Ganesh Said "I had attended the promotional programmes to many television channels like Suvarna news TV, Udaya TV and in many other channels. I myself called some of my television channel friends to Sakleshpur and gave promotional bites about the film. Chandrashekhar knows these things fully well. I can criticise hundreds of things about

Chandrashekhar who did not plan anything about the film including the film's publicity or release. I did not press him to pay him the amount of Rs. Seven lacs at any time after the cheque was bounced four times in succession. I sincerely participated in all the promotional programmes of the film. He said that he would release the film on September 10 and I had even cancelled my trip to America to promote the film. I had even cancelled the Navika programme earlier because Chandru was telling me that he has planned the audio release of the film. But see what I am getting from him in return.

He says that he has lost crores of rupees because I did not promote the film properly. If he had suffered huge losses because of me, then why he is so particular about my call sheet now. I am certainly not doing this film because I cannot be scared at gun point. He told me that the songs would be shot in abroad, but he finally shot the songs in Munnar. He did not have a correct planning for shooting the film at any time. And when I was busily engaged in shooting work of my films Maduve Mane and Kool, he would come out with dates for promotion, press meets and even audio release function. He is only talking about me and my so called non co-operative attitude. He should also answer why other artists of the film did not attend his promotional programmes. I showed so much of interest during the shooting of the film that despite bad planning, I personally told responsibility in completing the shooting by requesting other artists and technicians' says Ganesh.

Ganesh says that he had given call sheet for Chandrashekhar for a different film called Mareyuva Munna which was to be directed by Bharat. But he developed serious differences with Bharat and dropped the film. "Chandru had taken a loan of 40 lacs from Mahesh Kothari for Mareyuva Munna which was dropped. Sensing that Kothari would demand that amount, Chandru requested me to give him dates for the remake of Kushi. Though I was not interested to act in a remake of a successful film, he forced his decision on me. But after agreeing to work in the film, I had put my heart and soul in the shooting work of the film despite getting the payments at irregular intervals. If this is not co-operation, I dont know what is the meaning of co-operation. Now, since the film had failed, he wants to put the blame on me' says Ganesh.