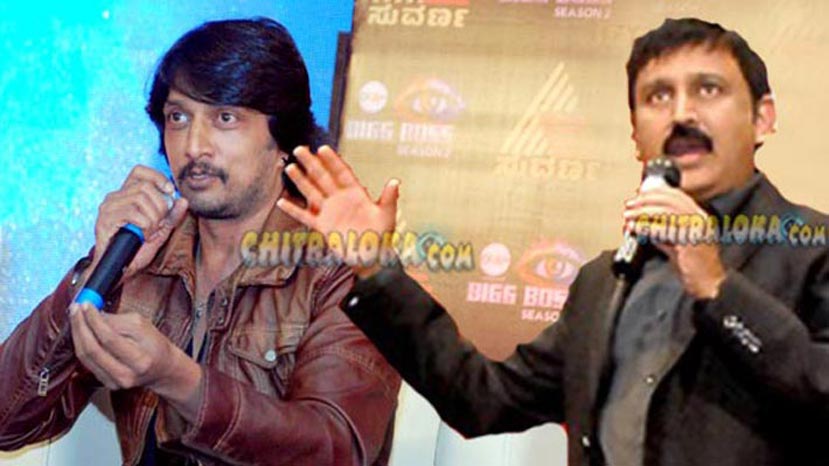 Chitraloka on March 26th 2013 had written about Bigg Boss Vs Kotyadipati Vs Films. But now from August 20 will be the D Day for Sandalwood. Many film producer from the industry will be taking their decision on the ongoing controversy over whether it is okay for film stars to be on television during prime time. While most producers are tightlipped about the ongoing controversy, producer Jayasimha Musuri, Ba Ma Harish and others said that talks are underway and a decision between producers and actors will be reached in a few days.

The Kannada film industry is losing its audience to television. But this is not new news. But why the film industry is upset now is because the reason for losing the audience are the stars of the film industry is the actors. Few days back few industry producer had called up Ramesh Aravind and told him the situation. Golden star Ganesh who was supposed to participate in the Television show was told about the problem and he has delayed to paticipate in the event said producer. Even few  exhibitors are seriously thinking of giving two screen to Kannada and evening shows to other language since lack of viewership to Kannada Movies because of the Stars TV shows.

Ever since the private television industry in Kannada started, the problem for the film industry exploded. For nearly 20 years now, there has been allegations against tv industry for short changing films. Now this has come to a boil. Film producers are suffering now as television channels are not only not buying films but are snatching away film stars who made name and fame in film industry to host shows on television. Top film stars are hosting many shows and programmes on prime time which is hurting collections of Kannada films in theatres.