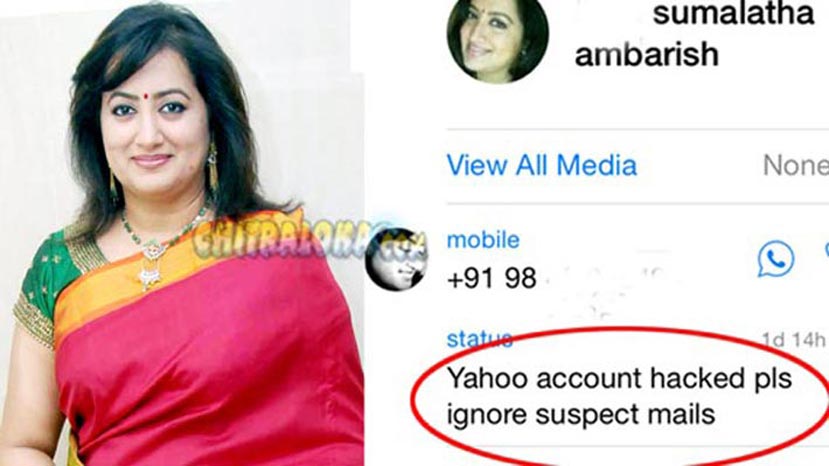 Actress Sumalatha Ambareesh's Yahoo e-mail id has been hacked. While in the recent months it had become common for Facebook and Twitter identities of celebrities to be stolen, this is one of the rare occassions where an active e-mail account of an actress has been hacked. 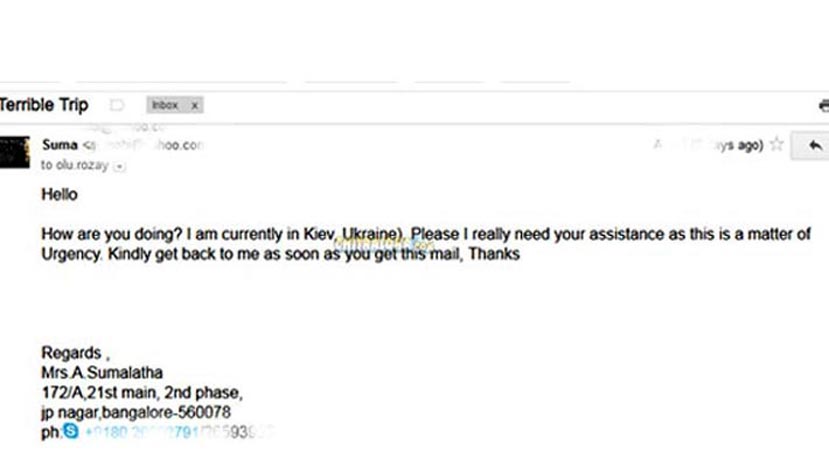 Sumalatha told her friends through other social media of the account hack and to ignore any suspect mails. Mails have been sent out of her account to various contacts and it is clearly a scam. In the fake emails, Sumalatha is made to look like asking for help from her friends as she is stuck in Kiev in Ukraine.

In such scams, mails are sent out to all the contacts seeking help and mostly saying they are stuck in a foreign country without money. At least a couple of friends respond and lose their money. Sumalatha has however found out the hacking at the earliest and announced to her friends to be alert. It is not immediately known if e-mails of other celebrities have also been hacked.