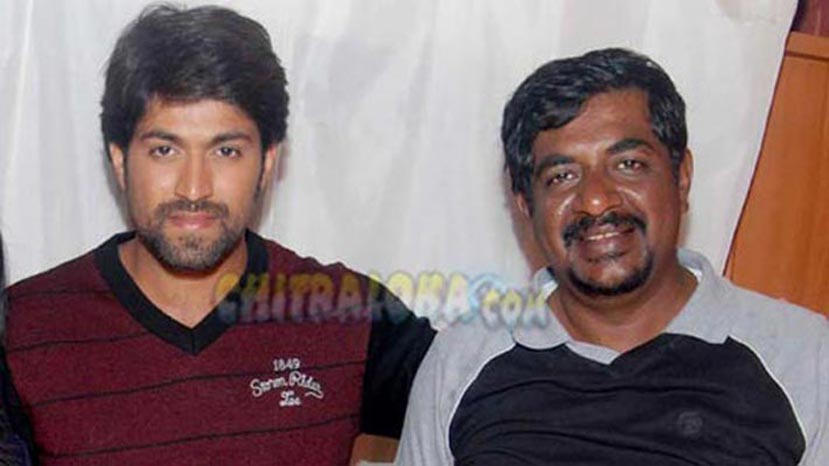 Yograj Bhat is likely to cast actor Yash in the lead role of his next film. The film will be jointly produced by the producers of Bhat's first two films - Karisubbu and N Kumar. Sources said Yash has been already spoken to about the venture and agreed to be part of it. Only minor glitches have to be ironed out. "As of now Yash is the hero and it is 90 percent sure," a person related to the project said. The project will start on 11th April.

With Yash, Bhat will continue the trend of re-casting his lead actors. He has re-cast Ganesh after Mungaru Male and Diganth after that. Mayur Patel, the hero of his first film has never acted in a Bhat directed film again and Puneeth Rajkumar did a one off film, Paramathma, with him. But Puneeth acted in two films with Bhat's long-time friend Suri.

Karisubbu produced Bhat's first film Mani, and N Kumar his second film Ranga SSLC. These are the only two films of Bhat that failed at the box office though they have attained importance after Bhat's later successes.