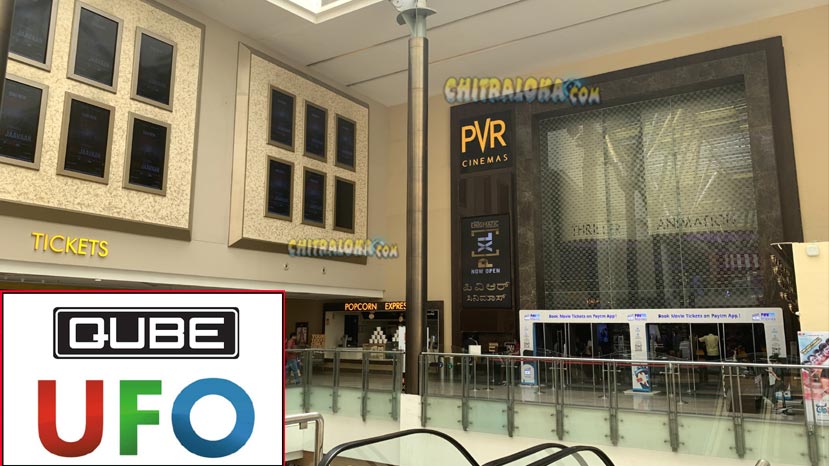 While the entire film industry has come to a grinding halt across the globe, the future looks bleak with the inevitable lockdown and social distancing measures to fight COVID-19, and its following effects in the coming days.

When such is the case, the film business is bound to take its own time to bounce back to normalcy. However, the Kannada film industry has more reasons to worry since the release of its new films will entirely depend on how soon Chennai will be able to fight against the spread of coronavirus.

Well, for those wondering with the connection of Chennai and the release of new Kannada films in the State, the problem rests with the providers of end-to-end digital cinema technology and solutions such as UFO and Qube. Other places in India where content can be transfered is Hyderabad and Mumbai. But Kannada producers depended on Chennai.

"Despite several requests, UFO and Qube, is yet to have operating centers in Bengaluru. As of now, such a facility is located in Chennai and the Kannada filmmakers are left with no option but to handover the digital content in person to them for uploading purpose," said film experts.

They further add that online transfer of censored film content is discouraged due to illegal hacking and online data theft. Hence, even Karnataka is declared safe from Coronavirus with no cases of COVID-19, the release of brand new Kannada film wholly depends on the situation of Chennai and how it fights the battle against the deadly virus.

Will the Kannada film producers take such a risk until the situation in Chennai comes under control, is another bigger question to be answered, they add. Presently, Chennai continues to be the worst affected cities due to coronavirus in Tamil Nadu.

Speaking to Chitraloka, Karnataka UFO GM Surendranath said, "We are aware about this problem. We will solve it soon."

The demand for dedicated uploading centres of digital cinema technology and solutions has gathered more support, so as to face difficult situations such as the outbreak of coronavirus, which makes it literally impossible to go to Chennai and other faraway places to get the film content uploaded for release purpose.

Until QUBE, UFO and others find a solution to this, Kannada film audience will be left with no choice but for watching re-run of the recently released movies which had to be stopped due to nationwide lockdown, which now stands extended till May 3.

Ogara Foods to deliver food to doctors and cops