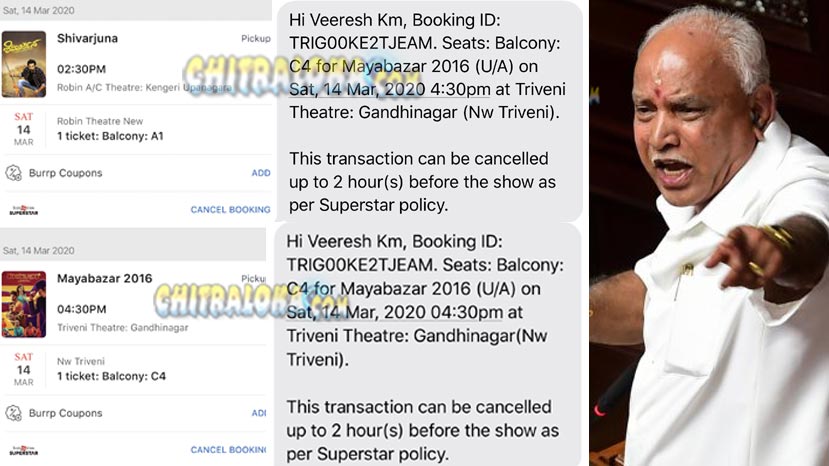 Looks like the online ticketing portal - Book My Show has no respect to State Government's order issued in public interest due to Coronavirus outbreak, to temporarily shut down all cinema related activities including screening of movies in malls and theatres for a period of one week.

Despite Chief Minister B S Yediyurappa announcing to temporarily close public screening of movies in theatres and malls along with other places and events, Book My Show has dared to function normally with no concern to either public's health and safety nor to the directions of the government.

Supporting the government's cause which is taken as preventive measures against the spread of the deadly virus, the Karnataka Film Chamber of Commerce and Film Exhibitors Association had also decided to abide by it by temporarily halting all film related activities and screening of movies in cinemas and theatres in the State.

However, Book My Show seems to be unaffected by all it as it is functioning normally.

When Chitraloka did a reality check across various platforms including Book My Show, to its surprise it was shocked to notice that Book My Show was functioning.

First, we at Chitraloka selected Robin theatre in Kengeri for booking tickets for Shivarjuna Movie for 2.30 PM show for 14th March and was shocked to see the booking went through. Then, we attempted to book for another movie and selected Maya Bazar Movie at Triveni theatre for 4.30 PM show and guess what, even the second attempt was successful with the bookings for the intended tickets.

Soon, Chitraloka contacted Thomas D'Souza, owner of Robin Theater and also former President of KFCC about tickets getting booked at his theatre through Book my Show portal, he simply denied saying it's impossible.

"We have closed our theatres and we are busy cleaning the theatres and no booking is done at theatre. When told we have already booked tickets through Book my Show he was shocked and told they have already informed Book My Show not to book the tickets at our theatre. This is surprising and they are violating the orders of Karnataka Government. We should respect the Government orders and look at the safety of the people from Coronavirus," said Mr Thomas D'Souza. 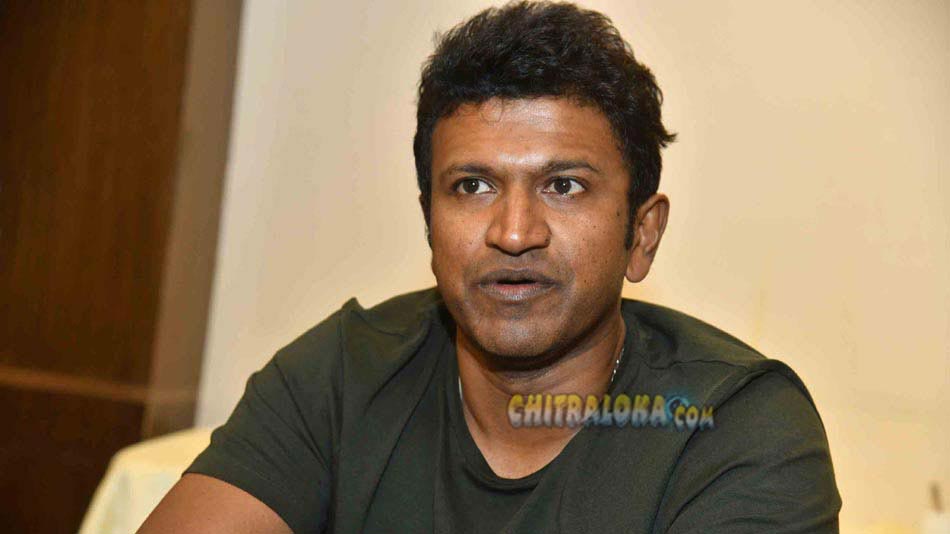 Even KFCC Vice President Umesh Banakar told that they will check upon the blunder and will come back soon regarding this.

Whereas Kannada Film Producers Association president DK Ramakrishna told that State Government has to take severe action against Book my show. "When the State Government has  ordered to close the theaters for one week as a preventive measure then how come they are booking the tickets. If they are real Kannadigas then they would have respected the Chief Minister's words and also cared for the public. Even if they are outsiders they should not play with the health of the public," he wraps it up.

Chaos & Confusions at BIFFes, Thanks to Book My Show

Book My Show Continues Its Tyrant Against Kannada Movies

K Manju Upset over Censor Board and Book My Show