Book My Show Continues Its Tyrant Against Kannada Movies 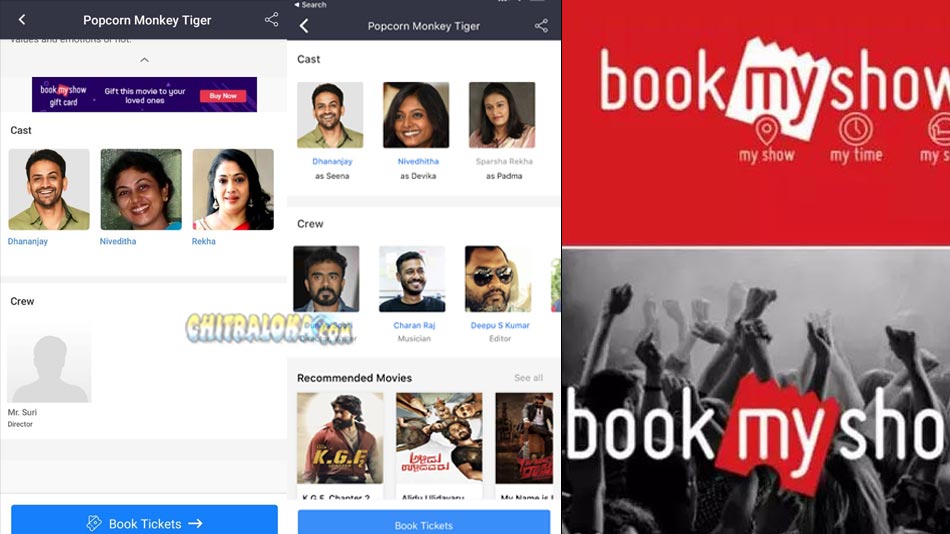 Adding more woes to Kannada movies, the online booking platform Book My Show is yet again in news, and this time for another blunder it has committed. In an glaring mistake, BMS has uploaded the photo of Ms. Asha Rani, wife of Action King Arjun Sarja with the caption Nivedita, who is the actual leading actress in the movie Popcorn Monkey Tiger.

The BMS has been in the eye of storm with regard to Kannada movies in the recent past after a series of Kannada filmmakers accusing it of undermining Kannada movies. Several Kannada producers have openly complained against BMS for their deliberate act against their movies despite being rated high by the critics and the audience.

Some of them accuse that the online platform has been functioning at its own whims and fancies favoring only a few based on monetary purpose.

"Unfortunately several Kannada producers are hiring online promoters from Hyderabad, Chennai and Mumbai even for promotions within Karnataka, who lack passion or knowledge about Kannada film industry. All they do is copy paste data entry jobs in many instances," the experts say.

They add that the time has come for Kannada filmmakers to introspect on whether they are really benefiting from hiring online promoters from outside Karnataka.

After Dia and Gentleman, the sad state of affairs continues with Sagutha Doora Doora on BMS as the filmmaker raising strong objections too while asking the film body to intervene formulating a mechanism against such oppressive factors acting against the growth of Kannada movies.