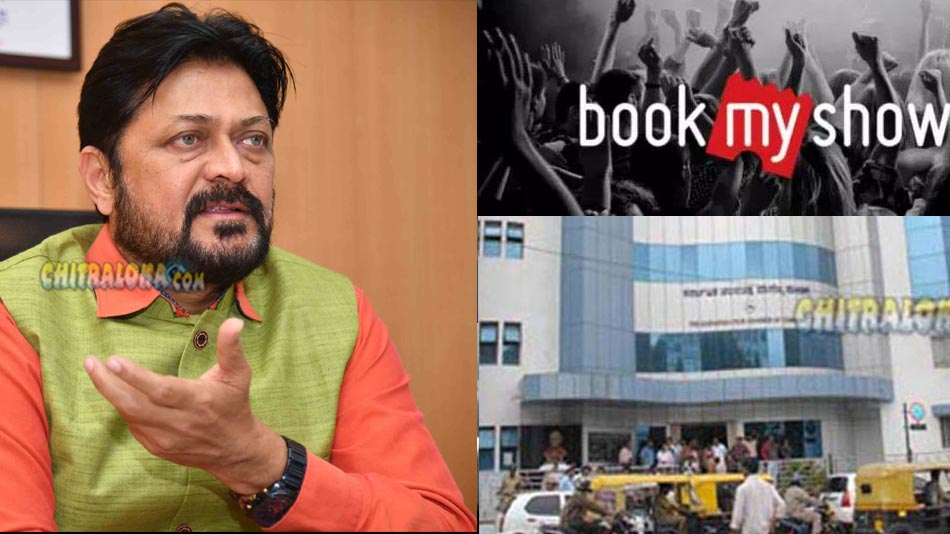 Who is running the 12th Bengaluru International Film Festival (BIFFes)? Technically it is the State Government through its Karnataka Chalanachitra Academy (KCA) and supported by Kannada film industry bodies like the Karnataka Film Chamber of Commerce (KFCC) and others. But in reality, it is BookMyShow, a private enterprise and which is constantly in conflict with Kannada film makers which is running the show.

If you want to participate in this year's film festival, you have to virtually get the approval from BookMyShow. The KCA has handed over the programme to BMS lock stock and barrel. Every ticket and every pass for the festival has to be purchased from BMS.

Film theaters sell a few rows of seats through BMS. But for BIFFes, it is 100% of the seats. Even the media passes will come through BMS. A press note from the organisers says, "On behalf of Department of Information & Public Relations (DIPR) and Karnataka Chalanachitra Academy (KCA), Government of Karnataka, the Media Passes for 12th BIFFES 2020 (Bengaluru International Film Festival -2020) will only  be processed  by Book My Show unlike earlier years."

For over two weeks now, the capitulation of KCA to BMS has been a topic of discussion in the film industry. But the scale of this surrender is only now being felt when the tickets and passes are being issued. The film industry is yet to come out of the shock. A kiosk has been set up on the KFCC premises to felicitate film personalities to obtain passes. A lone executive's only job is to tell everyone to log on to BMS.

For the KFCC this is salt on its wounds. There are several complaints by producers against BMS pending in KFCC. In recent months several producers have complained how ratings of films are manipulated on payment of money. Films that don't pay have their ratings downgraded. BMS did not respond to KFCC demands for an explanation. Now KFCC members have to go to BMS for film festival passes!

There are also concerns of how BMS got to know of the films that would be screened in the festival even before the official announcements and selections were made. As of now there are no answers. The only reality is that BMS, which does not have a healthy relationship with the Kannada film industry, is running BIFFes.

Speaking to Chitraloka, president of KCA, Suneel Puranik, said that the tieup with BMS has happened before he took over on January 2. Puranik has been working day and night to make the BIFFes a success and his work has been appreciated by everyone. "But the tieup with BMS is not in my hands. After registering online passes can be collected at the Academy, Suchitra Film Society or the Information Department. Now it has been extended to the Film Chamber," he said. Any problems will be corrected Puranik promised.

Kannada Film Producers Association President Ramakrishna (Praveen Kumar), said "this is a bad development. We are now in a situation where we cannot give one or two passes to anyone who seeks for it." Not all producers and KFCC members are tech savvy. Online registration for them is a big issue. With physical registration completely stopped, they are facing a huge issue with registering for the festival.