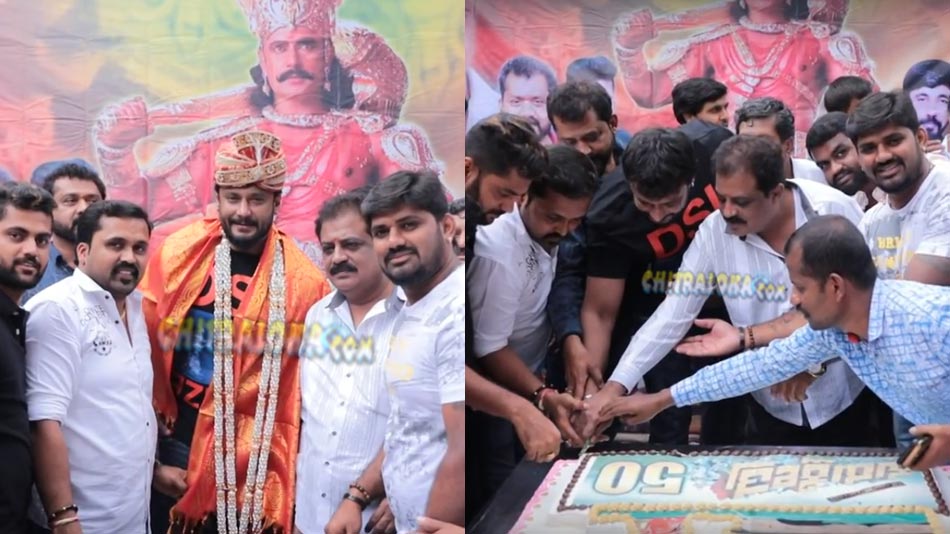 Darshan Gets A Majestic Gift

The producer Ramamurthy, who visited Darshan at his residence in Rajarajeshwari Nagar, celebrated the release of the actor's 50th film with a specially made cake weighing 50 kilograms! Also, Mr. Ramamurthy's friend Manjunatha presented a silver chain weighing 5 kilograms to the actor on the occasion.

Darshan has always held Mr Ramamurthy with high regards for having given him his first breakthrough in his career after struggling through his initial days working in various capacities in the film industry as a technician and for a brief period in television.