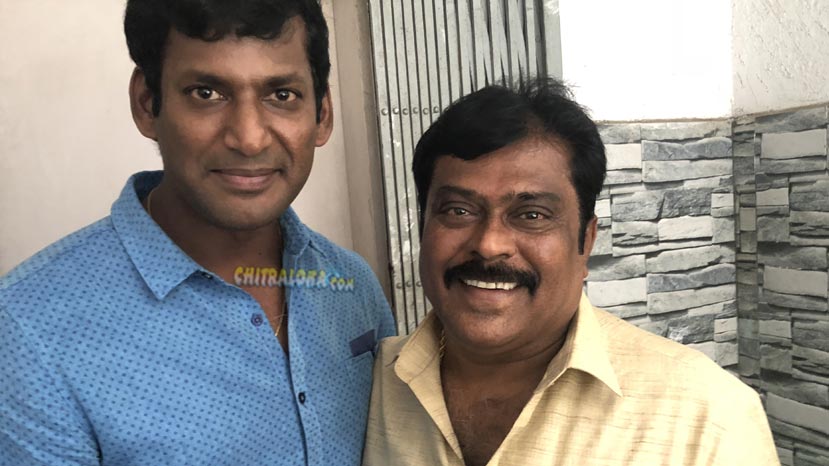 It was a peasant surprise for Kannada producer K Manju. Tamil actor-producer Vishal who had come to the Karnataka Film Chamber of Commerce for a meeting on Saturday saw Manju for the first time there and identified an actor in him.

Vishal approached Manju and asked him if he had acted before and if he wished to act in films. Manju has produced over 40 films in Kannada and acted in guest roles in quite a few. He has not done a full fledged character role though. Vishal's enquiry floored him.

Vishal did not know about Manju but just looking at him for the first time he was convinced that Manju would make a good actor. He asked if Manju would consider acting in a Tamil film if a role was offered to him. Manju was all smiles and charmed over with the offer.