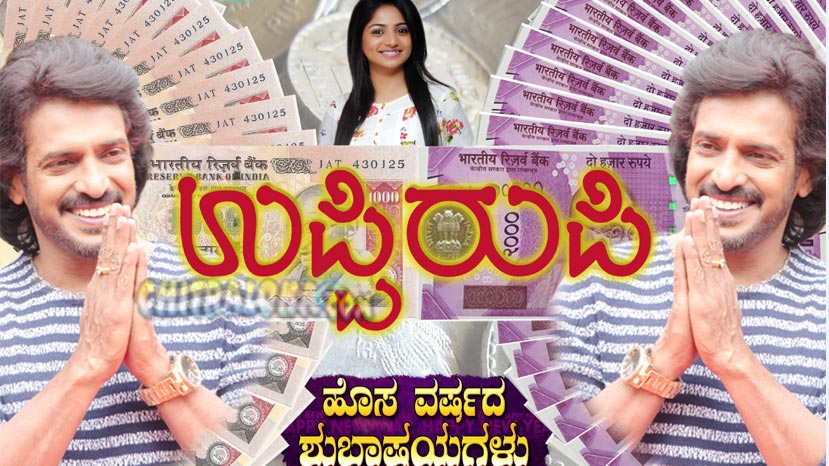 Upendra's new film which is produced by Vijayalakshmi Urs (former chief of Kanteerava Studio) and directed by Madesh has been titled as Uppi Rupee.

Uppi Rupee film stars Upendra and Rachita Ram as the main lead. Vijayalakshmi Urs herself has written the story of the film. Rajesh Katta is the cameraman, while Sadhu Kokila is the music director of the film.

Keshava and Narasimha are the executive producers.