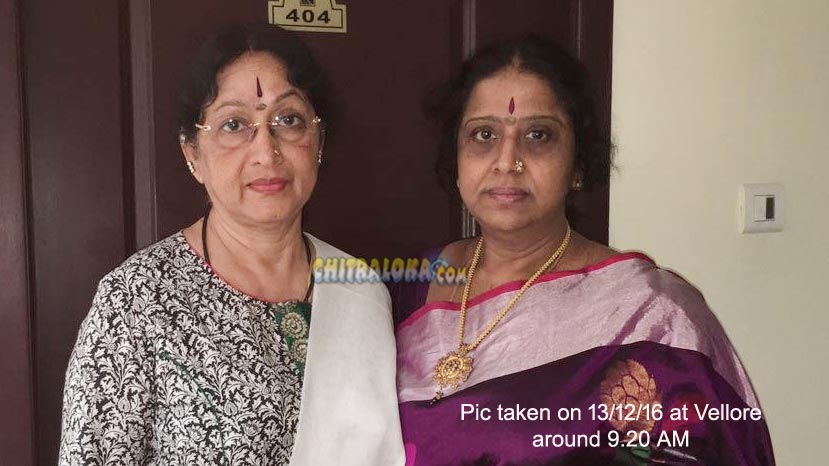 Veteran Kannada actresses Bharati Vishnuvardhan and Hema Chaudari escaped from the eye of the Vardah cyclone yesterday. To escape the cyclone they left for Bengaluru from Chennai early after attending a function. But without realising they drove right into the middle of the cyclone when it hit land.

Both the actress had been to Chennai for a private function. 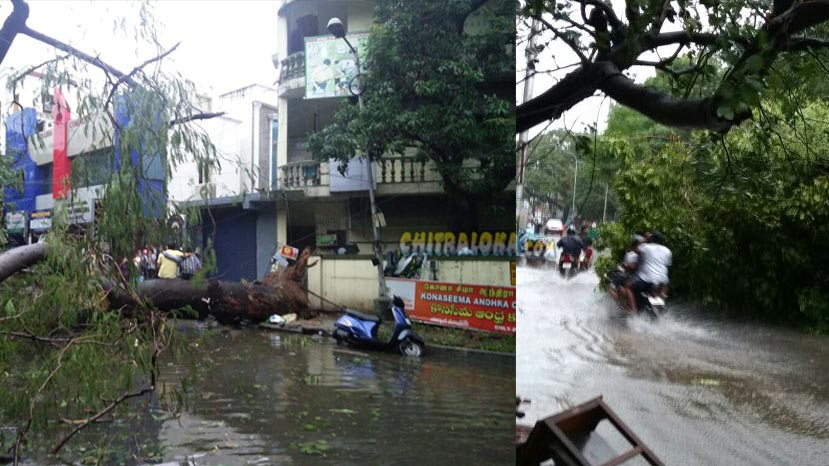 On 12th around 4 pm they left Chennai for  Bengaluru. As they knew about Vardah cyclone they did not want to stay there and wanted to leave Chennai immediately.

Speaking to Chitraloka from Vellore this Hema Chaudhary said that yesterday they had a great escape and it was like a rebirth to them. "When we left Chennai it was already raining heavily and we saw many trees fallen down on the road. Raghu was driving the car.  He is very scared of water. Around 7 PM we could not even see the road from inside the car. We saw some cars were floating in the water. We thought some dam must have broken so there was flooding. Since we had come so far away from Chennai we thought we were away from the cyclone. But after seeing cars floating we were scared and stopped the vehicle and halted at Vellore. We got into a hotel. Later we came to know that the place where we saw the water in front of us was the spot when Vardah cyclone was coming near land at Kanchipuram. We thank God for saving us and now we are leaving from Vellore."