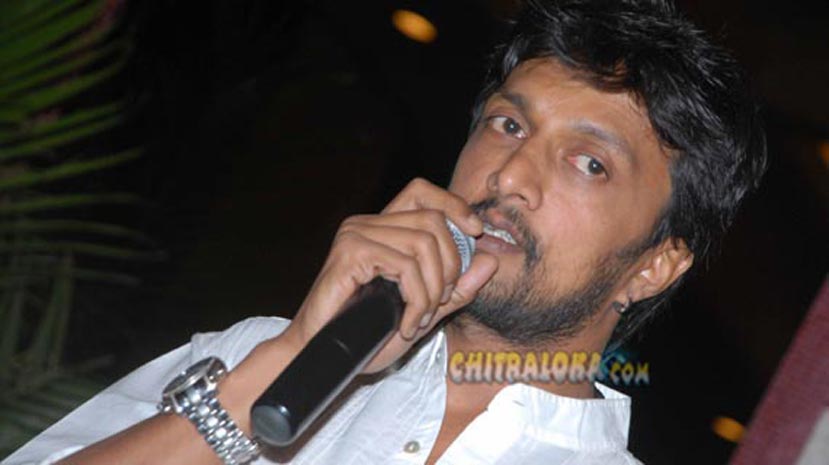 Kichcha Sudeep who has just now completed a thanks giving whirlwind tour of many district centres has now returned to Bengaluru and is busy practicing cricket to be in prepared nests to face challenges in the ensuing South Zone Cricket matches featuring artists of four South Indian regional film industries. He will be going to Hyderabad shortly to be part of the shooting of his Telugu film Ega directed by SS Rajamouli.

In the tours, Kichcha is giving full credit to the entire team for the stupendous success of Kempe Gowda which is expected to rock even more in the coming summer holidays. He did not put the blame on any other person other than himself when his previous directorial venture Just Maath Maathnalli failed to entice the audience. Despite the fantastic song picturisations and a novel story and fantastic performances from artists and music director Raghu Dixit, the film had ended up as a huge financial losses to producer Shankare Gowda who is all in smiles after the fantastic success of KG.

In this connection, Chitraloka Mega Portal has given below a story about our former President APJ Abdul Kalam answered a questioner in an economic forum held at Philadelphia on March 22, 2008.

Sudeep might not have known about Kalam's answer in the forum, but Sudeep has just followed the way shown by Mr. Sathish Dhawan, the chief of ISRO.

Question: Could you give an example, from your own experience, of how leaders should manage failure?

Kalam: Let me tell you about my experience. In 1973 I became the project director of India 's satellite launch vehicle program, commonly called the SLV-3. Our goal was to put India "Rohini" satellite into orbit by 1980. I was given funds and human resources but was told clearly that by 1980 we had to launch the satellite into space. Thousands of people worked together in scientific and technical teams towards that goal.

By 1979 -- I think the month was August -- we thought we were ready. As the project director, I went to the control center for the launch. At four minutes before the satellite launch, the computer began to go through the checklist of items that needed to be checked. One minute later, the computer program put the launch on hold; the display showed that some control components were not in order. My experts -- I had four or five of them with me -- told me not to worry; they had done their calculations and there was enough reserve fuel. So I bypassed the computer, switched to manual mode, and launched the rocket. In the first stage, everything worked fine. In the second stage, a problem developed. Instead of the satellite going into orbit, the whole rocket system plunged into the Bay of Bengal . It was a big failure.

That day, the chairman of the Indian Space Research Organization, Prof. Satish Dhawan, had called a press conference. The launch was at 7:00 am, and the press conference -- where journalists from around the world were present -- was at 7:45 am at ISRO's satellite launch range in Sriharikota [in Andhra Pradesh in southern India ]. Prof. Dhawan, the leader of the organization, conducted the press conference himself. He took responsibility for the failure -- he said that the team had worked very hard, but that it needed more technological support. He assured the media that in another year, the team would definitely succeed. Now, I was the project director, and it was my failure, but instead, he took responsibility for the failure as chairman of the organization.

The next year, in July 1980, we tried again to launch the satellite and this time we succeeded. The whole nation was jubilant. Again, there was a press conference. Prof. Dhawan called me aside and told me, "You conduct the press conference today."

I learned a very important lesson that day. When failure occurred, the leader of the organization owned that failure. When success came, he gave it to his team. The best management lesson I have learned did not come to me from reading a book; it came from that experience.