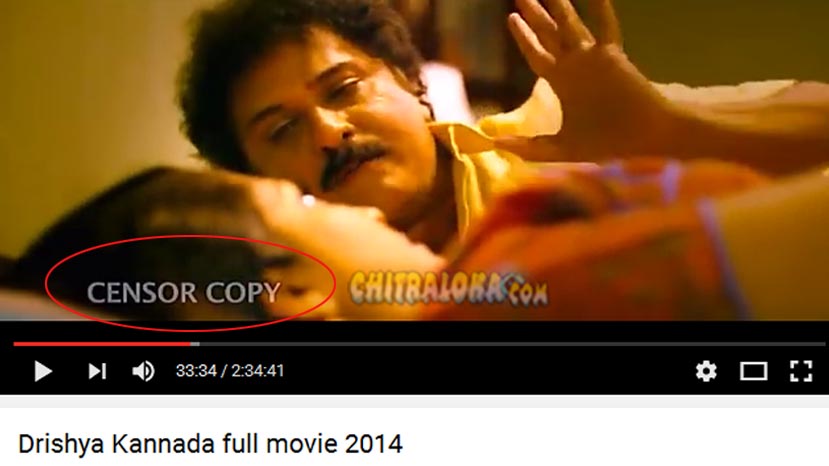 Movie producers invest crores of Rupees to make a movie and release it in theatres. It is a fact that 90% of the movies in all languages do no do well in the box office. Only a few will become super hit and a few more become box office hits.

But why don't people come to theatres to watch Kannada films even if they are good and win appreciation from the audience and not just from critics? That is the big question. One of the reasons is the rate of admission in the multiplexes. But there is a lurking danger in the from of another reason. Why would you pay for a film in the multiplex or theatre if you can watch it free online?

Yes. Online piracy is becoming a big menace day by day. But nobody seems to realize the seriousness of the situation. Many Kannada movies which has been released in theatres is available online and these are not official. Pirated versions of the film are released online. Even though most of them are camera prints they are good enough to watch on computers. 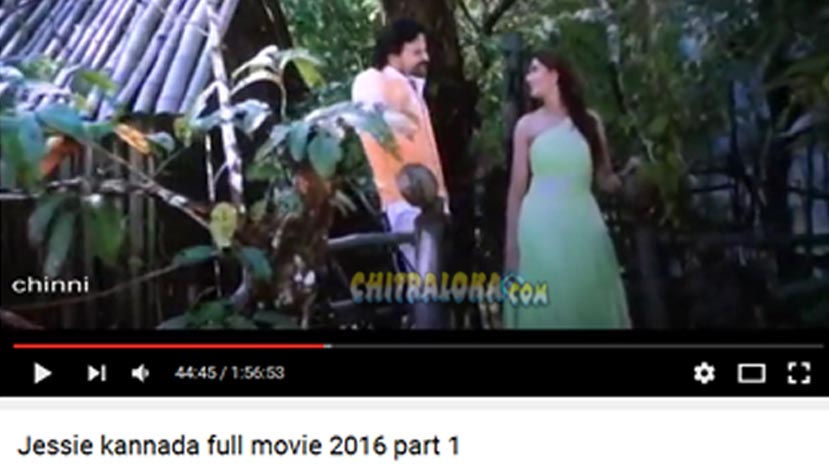 Jessie movie was released in theatres on March 25th. It was available on the net from June 19th. SV Babu produced Ricky movie starring Rakshith Shetty, Haripriya was released on January 22 and it was there to watch online from 7th June 2016. Like these many Kannada movies are available online. And none of them have been uploaded officially by the film makers. They do not get a single paisa from it. But the biggest horror is that some of the movies that are online have not even been sold to TV channels for satellite telecast rights. With pirated versions available online, TV channels do not want to pay for purchasing TV telecast rights! 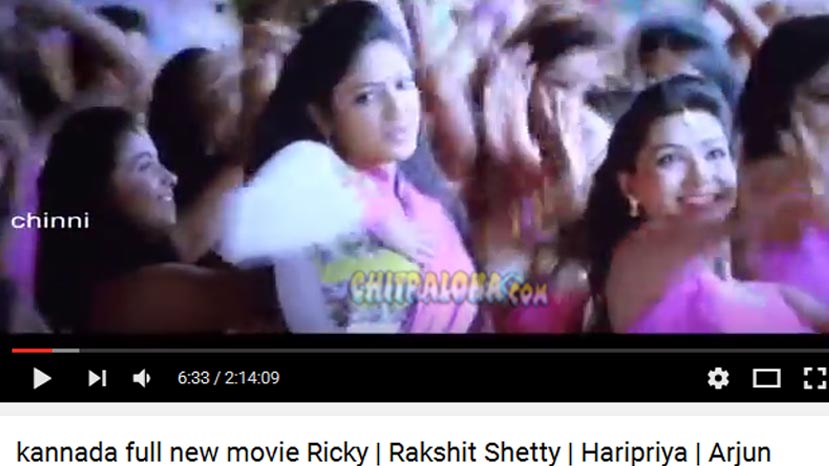 This is not the first time it is happening. Aatagara movie was uploaded online.

Through Chitraloka and Raviraj, the Kananda movie Drishya's distribution rights was purchased for the USA market. After the first screening there was a shocking news. High quality Drishya movie was available on the Net which had a watermark reading 'Censor Copy'! Now how do you expect people to pay for it when it is availabe for free online.

1st Rank Raju producer Manjunath Kandkur says "Our movie was running well in Karnataka and became a big hit. But it was leaked online. After this when we released the movie in USA it was a flop. Because of online piracy we lost lakhs of Rupees. Even our TV rights has not been sold." 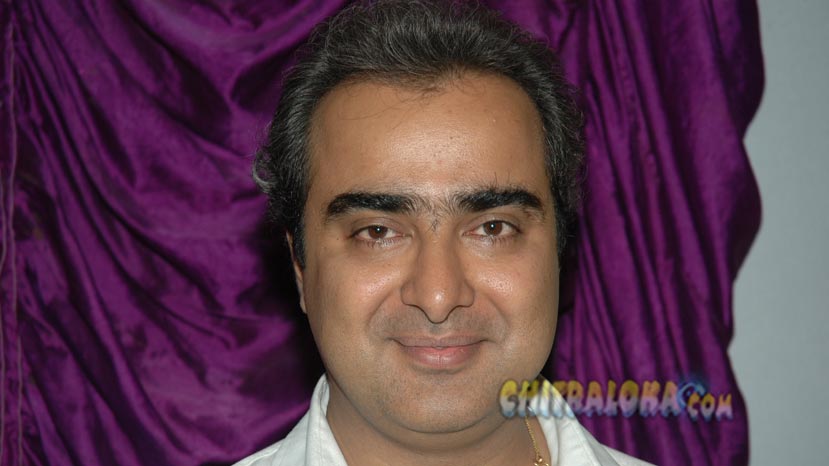 When Chitraloka spoke to Mohan of Ananda Audio he said "it is very difficult to control online piracy. There is a way to stop it in You Tube. If they have the account let the movie producer write to Youtube and they will block the video. But if it is available on other servers like torrents it is very difficult. If a movie producer gives authorization letter to us we will try to control online piracy. This problem exists  not only for Kannada but almost all language movies are facing the same threat. Bollywood movie Great Grand Masti which was supposed to release in August is available online now. It is now in the hands of all the film chambers in India to sit and think on how we can stop online piracy."