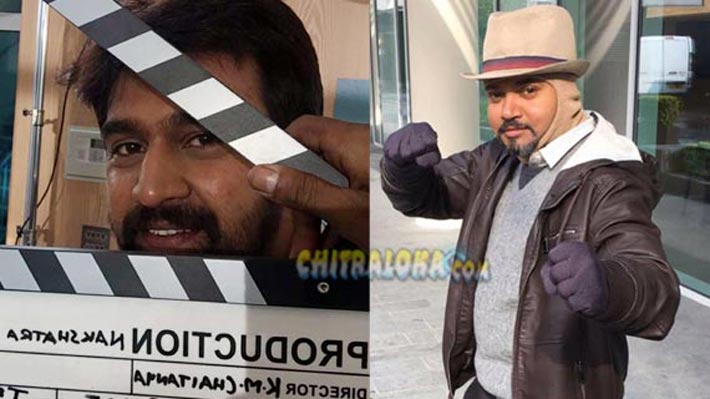 Chiranjeevi Sarja and KM Chaitanya are in England for the last two weeks. Neither of them told anyone what they are up to. It was definitely not a holiday. It was work as there is a film crew with them. But which film? They are still reluctant to answer.

But Chitraloka has found some interesting news.

A first of its kind joint venture film is underway. A Kannada film production house and a British film production house are jointly producing this new film directed by Chaitanya and Chiru playing the lead role. The shooting for the film will continue in London and surrounding areas for three more weeks before the crew returns to Bengaluru.