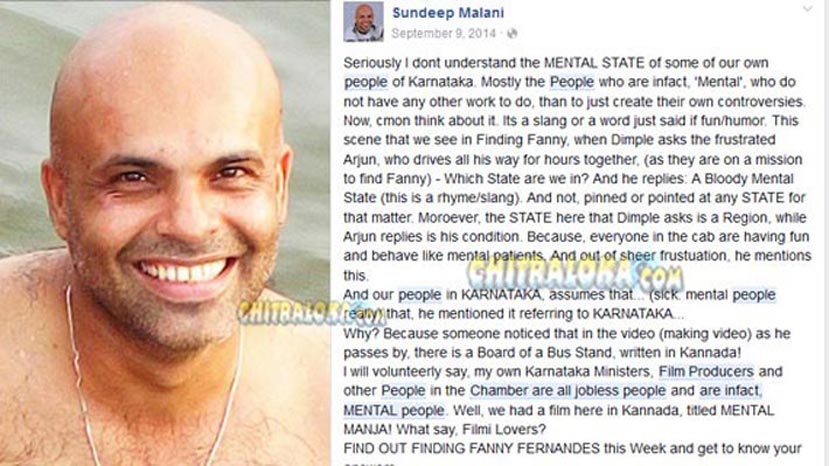 It is ironic that Sandeep Malani who once called members of the Karnataka Film Chamber of Commerce and Kannada activists and film personalities as 'MENTAL' is now requesting KFCC president to be Chief Guest for his new film. He has also decided to honour actress Jayanthi on the occassion. A large number of Kannada film actors like Girija Lokesh, Hema Choudary, Sumitra, Prema, Bhavya, Mayuri Upadhya, Malavika Avinash and Bhavana are invited as guests for the event.

But it was only a years ago that the same Malani had degraded Kannada industry (9th September 2014) and people by saying "I will volunteerly say, my own Karnataka Ministers, Film Producers and other People in the Chamber are all jobless people and are infact, MENTAL people." Now after returning to Sandalwood after his uneventful years in Bollywood, Malani seems to think that people here have forgotten his vicious and cheap remarks about Kannada films and personalities. 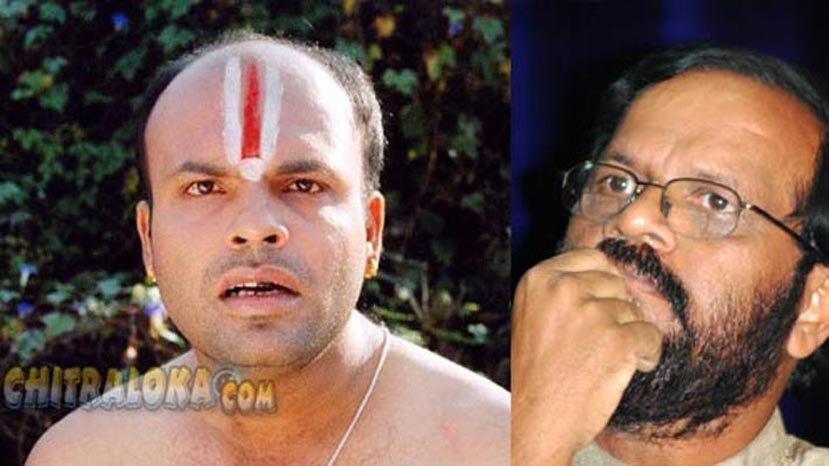 He has launched his new film Sulige Sikkidaga and has suddenly remembered that KFCC and Kannada actors are needed. When Kannada activists protested against the film Finding Fanny because there was a derogatory line in it calling Karnataka a 'Mental State,' Malani acted like a defender of that Hindi film. Using his social media account he went on to explain that nothing was wrong in the Hindi film. But he did not stop at just defending it. He went on to make the claim that Kannada film producers, Karnataka ministers and people of the KFCC are 'Mental.' When he was in Mumbai, he criticisted Kannada and its film industry. Now when he has himself come back seeking a job here, he is acting like a great fan of Kannada actors and honouring them!

Malani has a long history of such controversial talk. When Koodlu Ramakrishna made the film Miss California, Malani ended up claiming that he had directed the film and not Ramakrishna though he was just a newcomer in the film industry then. He directed the forgettable SMS 6260 that single-handedly ruined Diganth's career for years.