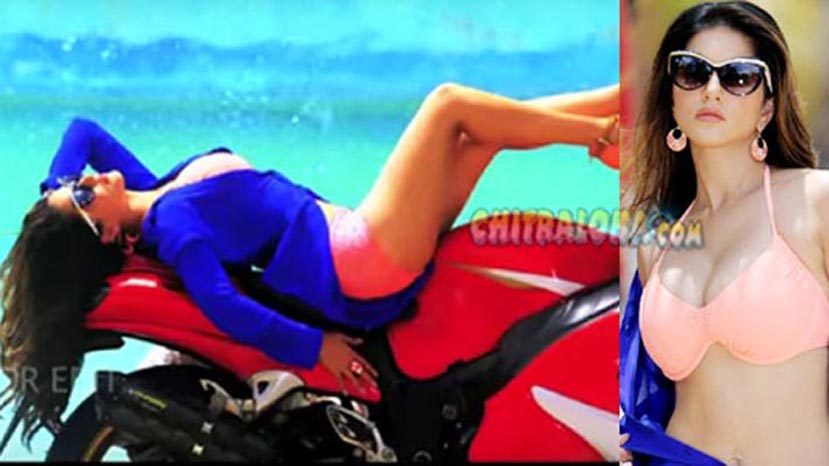 The song Kamakshi Kamakshi featuring Sunny Leone and Srujan Lokesh from the upcoming film Luv U Alia has been leaked. Nearly the entire song in its edit version has found its way to YouTube before the film's release.

This is a big blow to director Indrajit Lankesh who did not allow even the media to capture the shooting of the song that was held at the Sanjay Khan resort.

When contacted by Chitraloka, Indrajit Lankesh said he is trying to trace the culprit and take legal action. He said the entire song will be uploaded soon since some of the portion has been leaked which wanted to keep it secret. He did not want to release the song on tv or online so that everything was fresh for audience watching the film in theatres.

Sources said including the remuneration paid to Sunny Leone the song cost more than Rs 1 crore to shoot, but this costly portion of the film itself has been leaked.