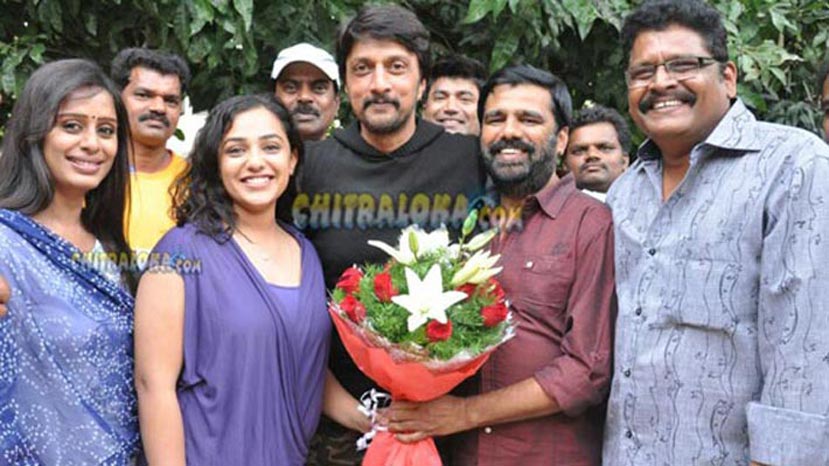 On Sunday there was surprise on the set of Sudeep's new film. The actor's birthday was celebrated by the team. The shooting schedule was packed up on Saturday and therefore the team decided to celebrate Sudeep's birthday on Sunday night itself. Sudeep.'s birthday is on September 2. 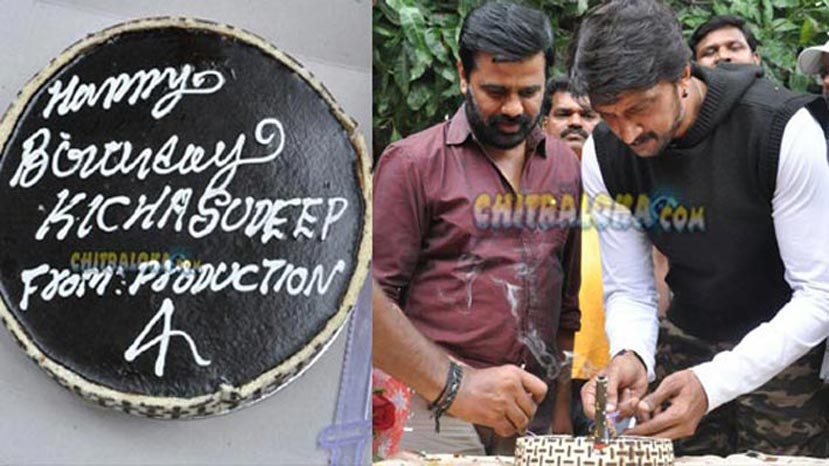 On the birthday cake the film's tentative title Production No 4 was mentioned. The shooting the film will resume after Sudeep completed his commitments in the Karnataka Cricket League tournament between September 3 and September 20.

The set for the KS Ravikumar directed Kannada-Tamil bilingual was put up at the Kanteerava Studios.