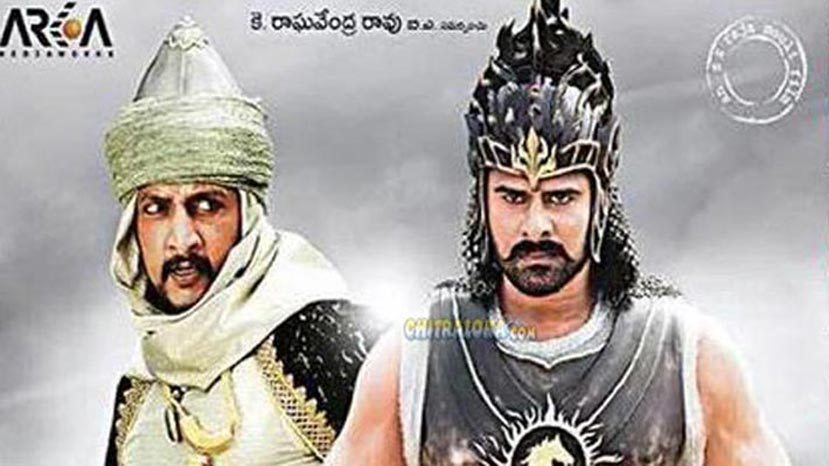 The Telugu film Baahubali is being blamed for creating a huge crisis for Kannada films in Bengaluru and rest of Karnataka. But a closer look reveals that it is Tamil and English films that have borne the maximum burnt. The Telugu film has taken over all the screens that were screening Tamil films in Bengaluru. And surprisingly it is not the Tamil version that is being screened here. Though the film is being released in four languages most of the theatres are screening only the Telugu version. Only a small number of theatres Kannada films have been occupied.

The Tamil, Malayalam and Hindi versions have been released only in a handful of theatres in Bengaluru. The Telugu version has been released in 51 theatres including multiplexes. In multiplexes alone there are 301 shows of the Telugu version of the film on Friday. The statistics show that Tamil films are losing. While Kannada films are also losing some shows it is not as dramatic as what is being felt by Tamil.

Baahubali thus has taken over most of the Tamil and English screens and to a lesser extent Kannada films. But since there is no big Kannada film released this week, there is  no competition to Baabhubali in Karnataka. But how it will affect collections of already released Kannada films this week has to be seen.

Rajamouli Releases the First Look of Sudeep in Bahubali

Notice Against Telugu Bahubali From Karnataka