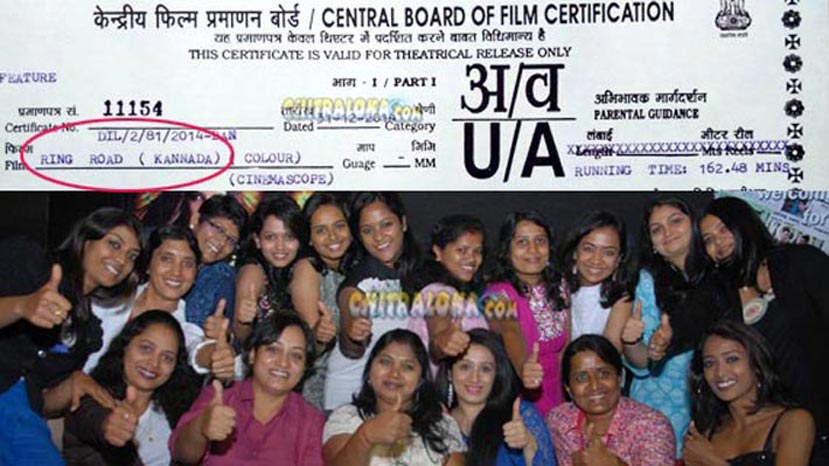 The all female crew film Ring Road is in big trouble after breaking both Censor and KFCC rules. The film makers had claimed that the title of the film was changed from Ring Road Shubha to Ring Road Suma. But the reality is that the film's name has been given permission only as Ring Road.

But the advertisement of the film released a few days ago shows the title as Ring Road Sumala Kathe.

Sources say the information about this wrong advertising has reached both the Censor Board and KFCC. If either of them take action as per rules the release of the film will be uncertain. The film was scheduled for a release on July 10 but seems unlikely now as it finds itself foul of rules.