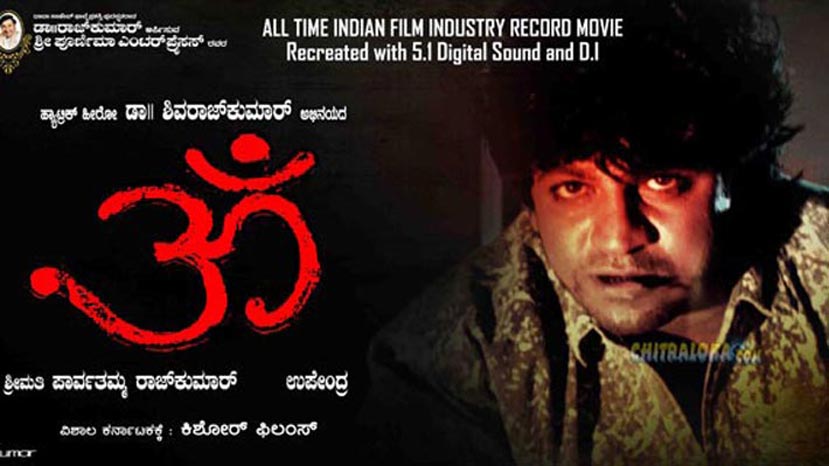 In the history of 81 years of Kannada talkie films, no other film has been released as many times as Om. First released in 19.05.1995, the film has been released around 550 times since then. That is one release every two weeks. The releases have been in a few theatres or even in one theatre at a time. The film has been screened in over 400 theatres in Karnataka, trade analysts say. Every time a theatre does not get a new film to release, they fill the slot with Om. That is the popularity of the film. Even then, it has earned more money than any new film when released subsequently.

The film, directed by Upendra and starring Shiva Rajkumar, has never been screened on television. The satellite telecast rights have not been sold. It was the costliest film made by the Rajkumar family in 1994-95.

The film was offered Rs 8 crore telecast rights a few years ago. Even then, it was not given as the film's regular theatrical release has been doing good business.