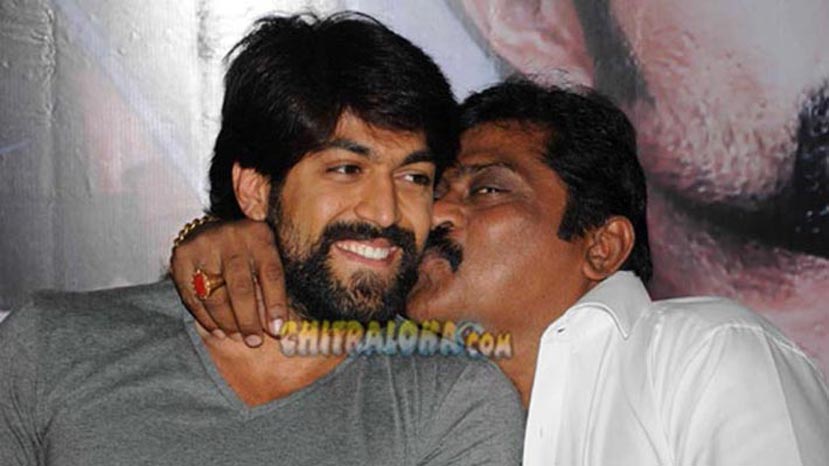 After the success of Raja Huli, producer K Manju is readying for his new movie this year. His first launch of 2015 is a film with Yash with whom he made the hit Raja Huli earlier. The film will go on floors in July. When Manju was shooting for his Tamil movie Bramman he had heard the story from Tamil director Vijay Chandar and was impressed with it. He wanted to produce the film in both  Kannada and Tamil. Bu as Yash was busy he could not start the movie. Vijay Chandar has started the film in Tamil starring Simbu and Hansika. The film is yet to release.

Now Manju is starting the same subject in Kannada which will be his first production in 2015. Vijay Chandar will direct the film in Kannada as well. The title of the movie has not yet been finalised. Manju says the film should not be categorised as remake as they are making it from the original script and not from the Tamil film. If there was time, the Kannada film would have been made first.

It is Not Vaalu Remake says Yash