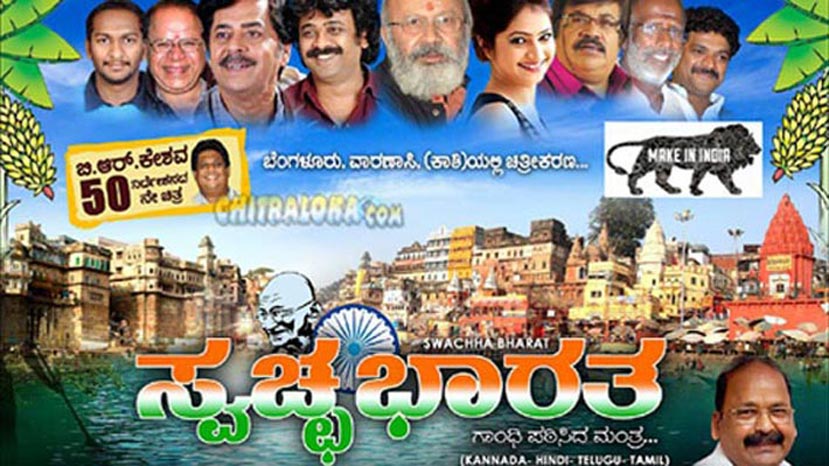 Remember reading director B R Keshava to returning back to direction with a new film called 'Swachcha Bharatha'? The film which is all set to be launched on 23rd is Keshava's 50th film as a director. There are not many directors who have directed 50 films in their career. But Keshava has achieved such a feat and 'Swachcha Bharatha' is his 50th film.

Keshava who has directed films like 'My Greetings', 'Jedara Bale', 'Bhoogatha', 'Apaharana', 'Mruga', 'Kaanana' and others will be directing this film apart from scripting it. The film will be shot in Bangalore and Kashi and will be dubbed to Tamil, Telugu and Hindi.

'Swachha Bharatha' is being produced by former president of Karnataka Film Chamber of Commerce and the present vice-president of the South Indian Film Chamber of Commerce B Vijayakumar and stars Shivaram, Umesh Banakar, Shivani, Ramesh Bhatt, M S Umesh, Sundar Raj, Karisubbu, Chandru and others. The film will be launched on the 23rd of February at the Sai Baba Temple near Royal Meenakshi Mall in Bangalore.