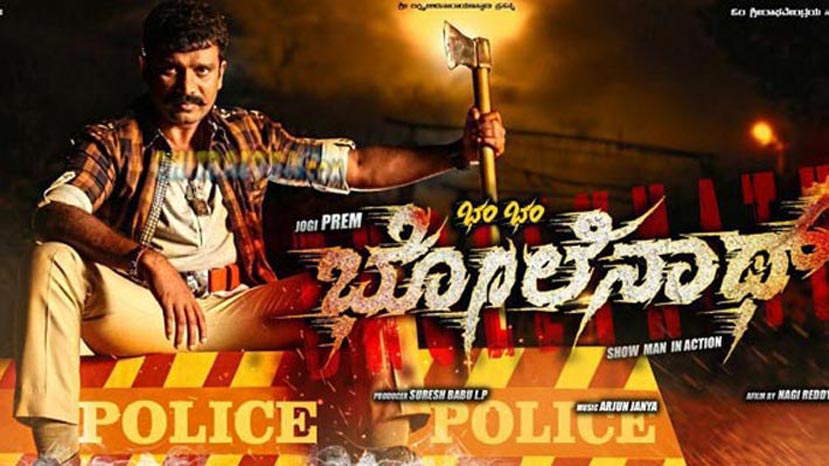 Actor Jogi Prem's new film 'DK' is all set to release on the 13th of February and silently the first look for his his new film Bum Bum Bholenath has been released. One of the main highlights of the film is, Prem will be seen in the role of a police officer for the very first time in his career. The photo shoot predicts Prem playing the role of a rebel police officer in the film. The film is being produced by Suresh Babu of 'Ane Pataki' and directed by Nagireddy. Arjun Janya scores the music.

'Bum Bum Bholenath' has been in the news for the last one year. 'Power Star' Puneeth Rajkumar had released the title of the film in a function almost a year back. Earlier, Srinivas was supposed to direct the film, while Ilayaraja was said to be the music composer of the film. Now Nagireddy and Arjun Janya has replaced both of them.