Lahari Velu Lashes out at Hamsalekha 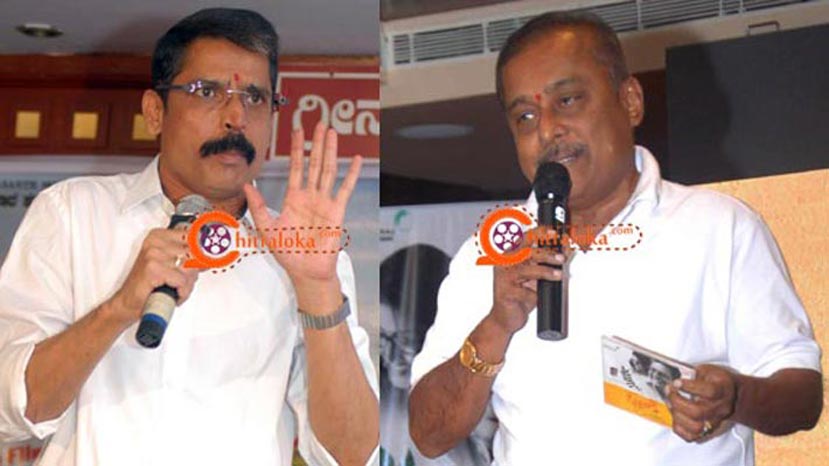 Lahari Velu has done it again. The producer and one of the founders of Lahari Audio Company during his speech has lashed out at veteran music director Hamsalekha for his remarks on producers and audio company owners.

Recently Hamsalekha in a function had said that, he has been awarded many times by the Government and other organisations, but has not been recognised properly by producers nor audio companies. Lahari Velu was very much irked by Hamsalekha's statement and Velu chose to give a befitting answer to Hamsalekha during the audio release function of 'Prana Koduve Gelathi' held on Wednesday morning.