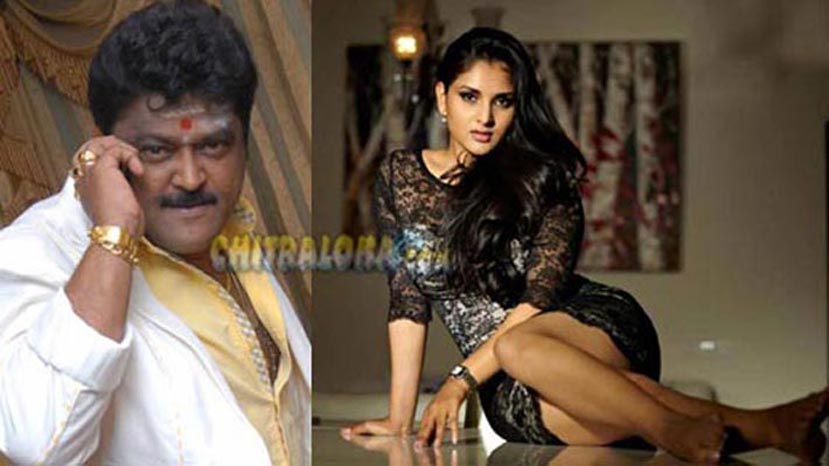 The arbitration over actress Ramya's participation in the film Neer Dose has been advanced to November 17. It was earlier scheduled for November 26. The Karnataka Film Chamber of Commerce is arbitrating between Ramya and the film makers.

Sources say that Ramya will not be present at the arbitration in person but will be represented by her manager. The fate of the film is hanging in balance as some portions involving the actress is pending.

Ramya's dates before the Lok Sabha elections were apparently not used and after that the new MP is stuck with work in her constituency. The issue came out in the open with the film's lead actor Jaggesh responding to speculation that Ramya had opted out of the film. He had said that if that was true, she would have to pay for the loss. Rumours also surfaced that Ramya would buy the film and not release it as it would affect her political image. She plays a prostitute in the film. Jaggesh had also claimed that even if anyone left the project, he would stand by director Vijayaprasad and complete it.

In the meantime, the director has launched a new project called Petromax with Neenasm Satish, further putting a question mark over Neer Dose. An answer to all questions and speculations may be found on November 17 at the arbitration in KFCC.

First, if Ramya really does not want to be shown in the film in that role as speculated, she may buyout the film. But will she spend a fortune to save political image is to be seen. Secondly, if the arbitrators rule that she has to act and complete the film, it could still be difficult. The next Lok Sabha elections are just six months away. Can Ramya spare a month at this important juncture? Thirdly, if Ramya takes a stand that she had already given dates which was unused and cannot give more dates, the film makers may demand action against her. But with on foot already out of the industry, she may have little to worry.

Which of these scenarios will play out on Sunday is something Sandalwood watchers are eagerly awaiting.