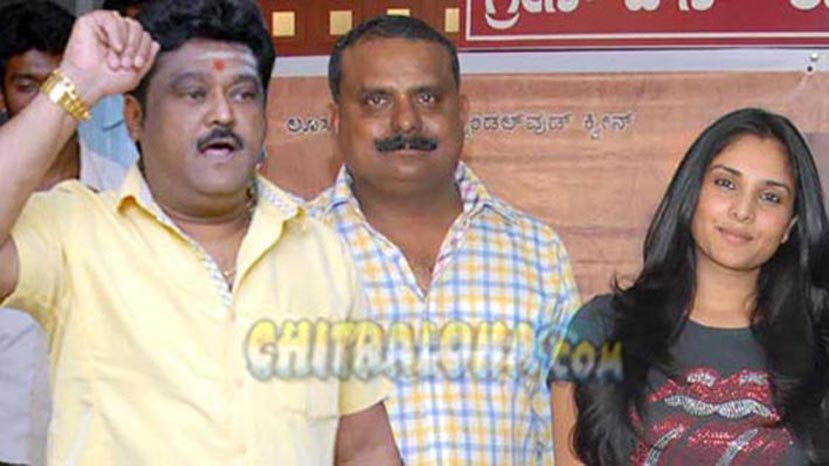 The songs of Prajwal-Praneetha starrer 'Angaraka' being directed by Srinivas Kaushik was released by Karnataka Film Chamber of Commerce's new president H D Gangaraju. This is incidentally Gangaraju's first cinema function after taking oath as the new president of KFCC.

H D Gangaraju said that the Kannada film industry is not in a very good shape. 'When I first got elected as a president in 2004, there were many problems surrounding the Kannada films. One such problem was competition from other language films. After meeting everybody concerning these problems, we had arrived at a solution. I don't want to name anybody in this issue, but after that our people itself objected strongly to this other language films problems and the other language producers and distributors went to CCI and got the case cleared. This was not wanted and we could also have solved this problem smoothly with a good interaction' said H D Gangaraju.

Prajwal Devaraj, Hardika Shetty, producers Jayasudha Raghavendra, KFCC vice-president B N Gangadhar, cameraman B L Babu and others were present at the occasion.