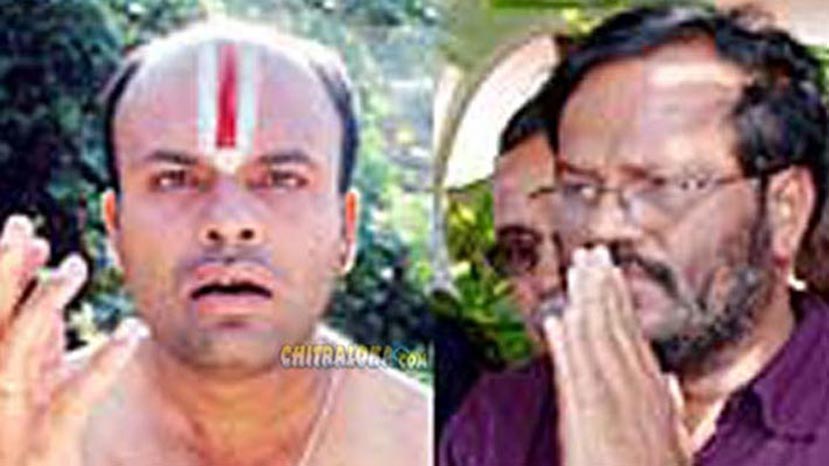 The first USA trip to shoot ‘Miss California’ Kannada film has given bitter experience to director Kodlu Ramakrishna. Reason – Sundeep Malani! The irresponsible attitude and senseless statements made by Sundeep Malani who claims himself as a journalist has irked the director.

Sundeep Malani was picked for the USA portion of shooting of ‘Miss California’ to work as a communicative messenger recalls Kodlu Ramakrishna. He was selected to assist the director in the Karnataka portion of shooting is of course true. But when Sundeep reached USA he tried to over take the director. Kodlu Ramakrishna who has directed 17 Kannada films and worked as assistant for 13 films before becoming an independent director is upset on the claims of Sundeep.

I am sending the pictures I clicked - and it’s only from my camera that the stills are being used. Forget Kudlu - he is not capable of doing anything, most of the shoot here is happening under my guidance and approach. Also those include song picturizations, hence make sure that with what news that you are printing/uploading - please add on my name too.

Now the point is why such disrespect is shown to director of repute Kodlu Ramakrishna. Why a person like Sundeep Malani behaves like this. Why the NRI’s burn money by believing inconsequential persons.

When it is abroad shooting it becomes inevitable for any one to take stills. There are examples of producers and artistes clicking photographs.

When respected and reputed NRI’s are producing the films in Kannada it is high time they avoid the persons with false prestige.