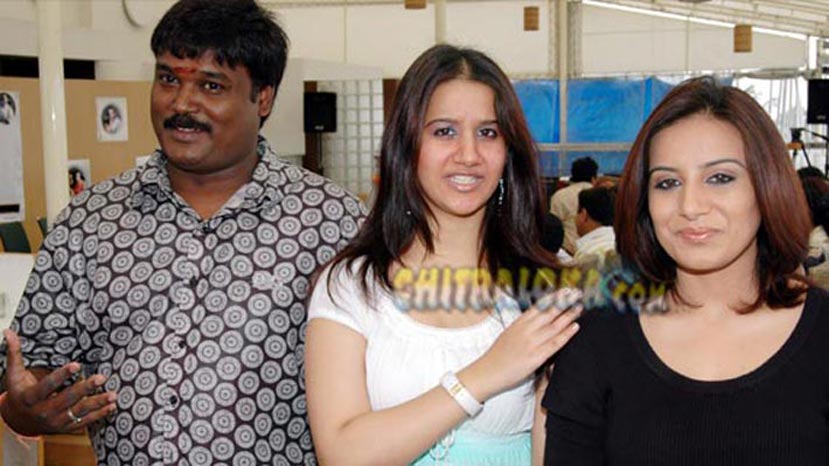 Director Dayal Padmanabhan is a spurned man. Sisters Pooja and Radhika Gandhi are the cause for his troubles. The two have absented themselves from the promotional activities of the film Sri Harikathe. The Dayal directed film is the first time the two sisters are acting together. According to Dayal, he contacted Pooja Gandhi and Radhika to participate in a publicity programme on a private television channel. The programme was on Saturday morning. But from Friday morning, Pooja was not available on the phone. Radhika on the other hand told Dayal that her elder sister should confirm participation first. She promised Dayal that she would ask Pooja to call him.

The director waited the whole day but did not receive any return call. When he contacted Pooja in the evening he got a message on his mobile saying, "Sorry was busy... Wats d programme?" Dayal was upset that the two actresses were not showing any interest to promote the film but he explained to them about the programme. To this Pooja sent a reply via SMS saying, "I doubt sir because we have some pre fixed plan..."

Dayal says, "Actors are least bothered about promoting their own films. When the film was launched Pooja Gandhi wanted a role for her sister. But now after the film is complete she does not even send her sister to promotional events. I told her to send her sister at least but both did not turn up. It is very frustrating for a director if the actors do not cooperate. After all, the publicity helps not just the film but also the actors. Once they get their payment the actors think their work is complete."