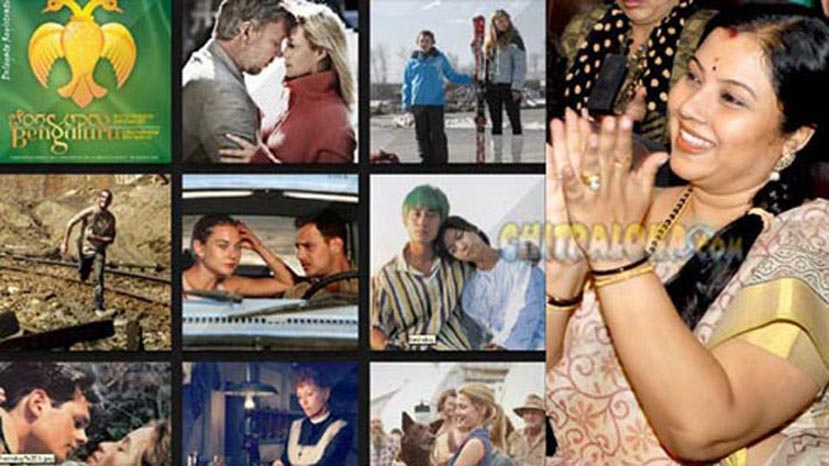 However the fact remains that the Kannada film industry has been totally ignored as usual.  The belief that Ms. Tara Anooradha has taken over the new President of the KCA has not changed the situation obtained earlier. Ms. Tara is so close to the people of the industry and she could have understood the disappointment of the film producers and members of some organisation.

There was a press meet organised on Tuesday in the Information Department where in only Suchithra Film Society members were involved.  The Kannada film industry or Karnataka Film Chamber of Commerce was not represented.

Simmering discontent among many top producers with regard to the neglect of the film industry has not seen any attempt by the organisers to assuage the feelings. For the movies selected for the festival Producers names or the Banner names are not published.

And even the people who hold important positions in the BIFEES have shown their inefficiency in good measure while creating the web site of BIFEES 2012.

See the plethora of mistakes which stare you when you go through the website.  On the home page of the website not even a single Kannada movie photos is seen. Munirathna is referred as President of the Karnataka Film Producer Association.  It is obvious that people behind the creation of website are unaware of the fact  that Munirathna is president of the Kannada film producers asociation and not Karnataka Film Producers association. B. Vijaya Kumar is being referred as the President of the Film Chamber of Commerce.  How they have left Karnataka while describing the premier organisation of the film trade is questionable.

Sanjeeva Thagadooru has been referred as the President of Karnataka Film and Television organisation.   Can the people connected to BIFEES explain about the existence of the organisaiton and its address.  The fact is Sanjeeva Thagadooru is President of the Karnataka Television association.  Veteran actor Ambareesh has been described as the President of the Karnataka Film Artists association.  But the organisation's name is Kannada film artists association.  Journalist  K.H.Savithri  is now the editor of  "Cine Josh'  Kannada monthly, but she has been referred as a Journalist belonging to Janashree TV from which she has already resigned.   Director of Photography J.G.Krishna is referred to as J.J. Krishna in the website.  M.S.Ramesh is heading the Kannada film director's association, but now according to the website he has a new responsibility to head Karnataka Film Director's association. It is sure that the person who powered the website is totally unaware of the elementary knowledge with regard to the Film Industry.

With such inefficient persons around, it is a great challenge for the BIFEES organisers to pull off the international prestigious event with a comfortable degree of success.