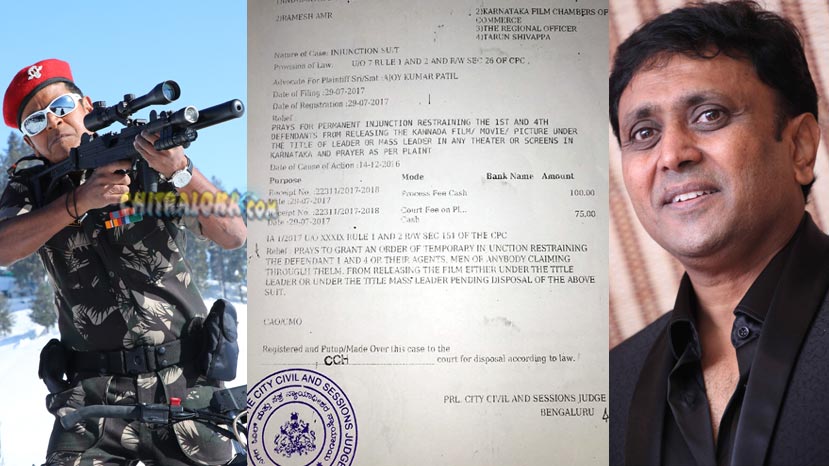 Director producer AMR Ramesh has approached the city civil court with a suit for injunction against Shivarajkumar's film Mass Leader. The suit has been filed by AMR Ramesh and his wife Indumathi against Tarun Talkis, Tharun Shivappa, KFCC and the Censor Board. The case has been filed on July 27 itself and Ramesh has released the details of the suit to the media. However the court's order is not forthcoming. The film is scheduled for release next week.

What will happen to the film's release now is a suspense. Ramesh has objected to the title contending that he has registered the title Leader and it was wrong for others to use similar titles.