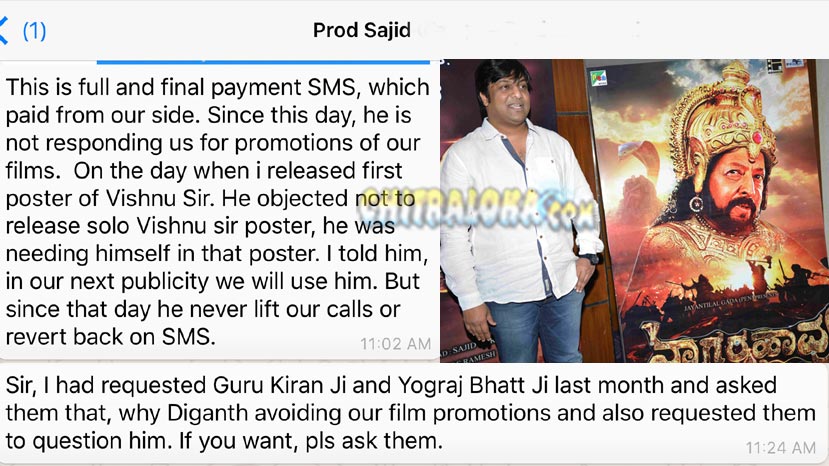 Nagarahavu producer Sajjid Qureshi has reacted to Chitraloka's report on actor Diganth's statement about not being paid remuneration for Naagarahaavu and the producer not calling him for the promotional activities of the film. Sajid Qureshi has sent some of the documents to Chitraloka and said whatever Diganth is claiming is completely false.

Chitraloka had published actor Diganth Statement under the heading WHY IS DIGANTH BEING SIDELINED?

Chitraloka has always taken care to enquire both sides when there is an allegation. Nagarahavu producer Sajjid Qureshi has spent crores of rupees on the movie and has spent lakhs on promotion and other social activities.

When Chitraloka sent a message to him asking about Diganth allegation he sent following message.

"This is Full and final payment SMS, which paid from our side. Since this day, he is not responding us for promotions of our films, On the day when I released first poster of Vishnu Sir. He objected not to release solo Vishnu sir Poster, he was needing himself in the poster. I told him, in our next publicity we will use him, But since that day he never lift our calls or revert back on SMS." (sic) 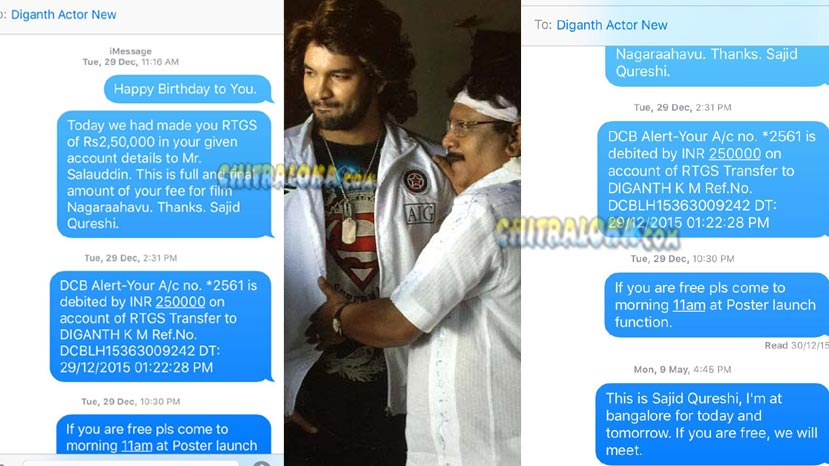 The producer further said that he enquired with others also. "Sir, I had requested Guru Kiran Ji and Yogaraj Bhatt Ji last month and asked them that, why Diganth avoiding our film promotions and also requested them to question him. If you want, pls aks them. 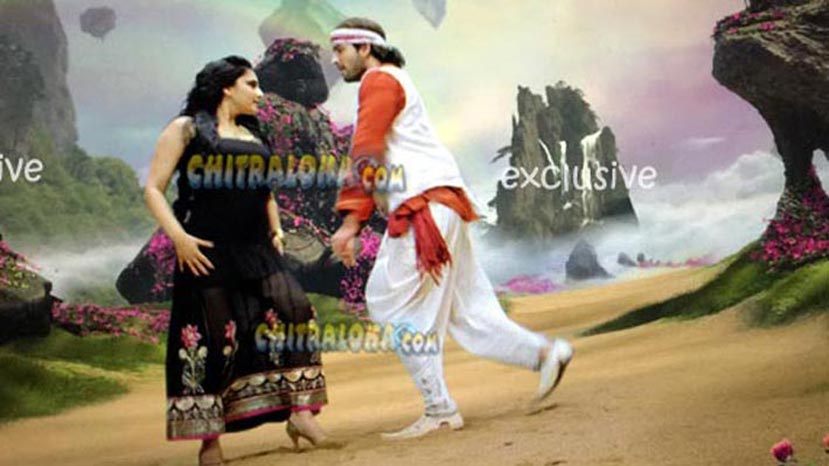 Why is Diganth Being Sidelined?