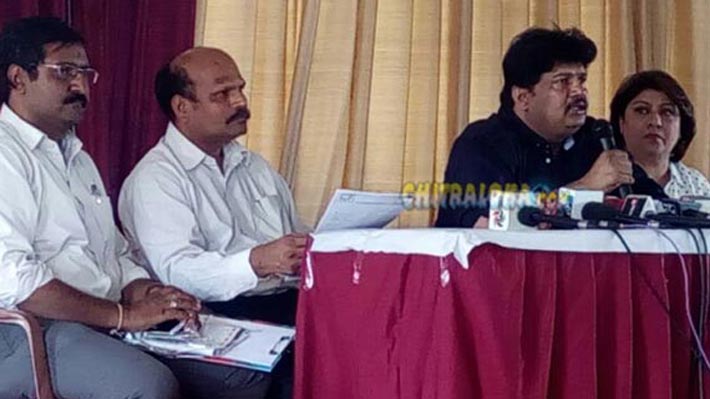 Producer Ramu jumped to the defence of his wife Malashree on Saturday. On Friday K Manju and Imran Sardariya had spoken against the alleged unprofessional attitude of the actress in the film Uppu Huli Khara. This came after Malashree's outburst on Thursday after she was removed from the film by a SMS sent by Imran which said her performance in the film was not up to the mark.

On Saturday Malashree termed all the allegations against her as false. But it was Ramu who gave specific explanations and questioned the credibility of both Manju and Imran. 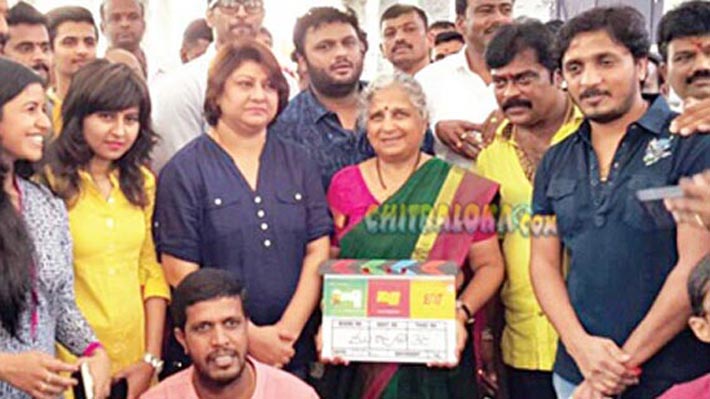 About Imran he said that a director should know how to extract work from actors. He questioned Imran's commitment asking how he was managing to do both choreography and direction at the same time. He was working as choreographer in Sudeep film now and also claiming to be directing a film. Without full commitment to direction he cannot make a good film. He asked what great films Imran has made so far. On the other hand Malashree has acted in hundred films right from childhood he said. He challenged Imran to come up with a great script even if was as big as Bahubali and he would produce it. He was upset at Imran saying Malashree was not up to the mark in acting in Uppu Huli Khara when no shooting has taken place.

Ramu said Imran had made only one flop film and should not be talking like Hunsur Krishnamurthy or Puttanna Kanagal.

About K Manju, Ramu asked why he was poking about this film if he was not its producer. First he said he is not using his name for fear of income tax department and is the benami producer in his friend Ramesh Reddy name. But at the same time he was producing Santu Straight Forward and using his name. There was something fishy as at the launch of the film he was acting like a guest while Sudha Murthy who was said to be the guest was acting like a producer and welcoming all guests. So who was the real producer? If Manju was not he had no authority to talk about Malashree in the film.

He said he had respect for Manju and knew he had attained success by hard work and wished him more success. But it was not right on his part to make fun of an actress like Malashree and shout at her in the press meet on Friday.

K Manju and Imran Hit Back at Malashree