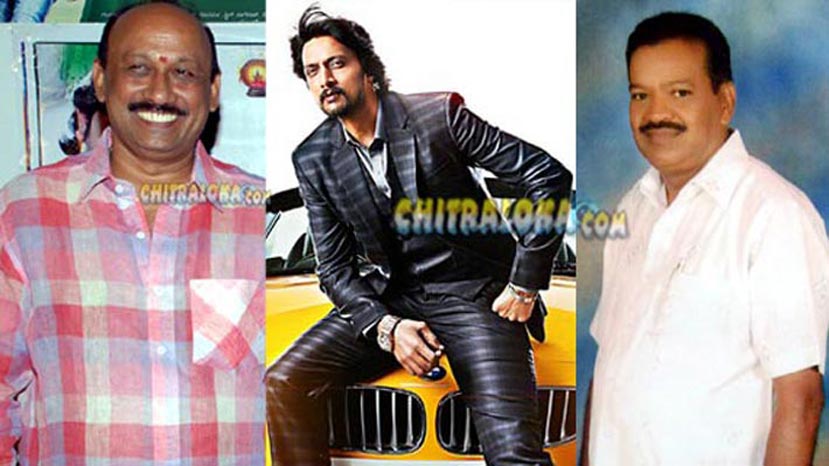 A case has been filed against Nimishambha Chandrashekar the producer of Sudeep's new film Ranna. The case by C Nagaraj (Navashakthi) says that Ranna producer Chandrashekar owes him money and the film should not be released before that (case no. 3675/15). Nagaraj says he has paid advance money for Shimoga-Chikmagaluru area but their name in not there in the publicity. Since Gokul films did not receive the court notice they have pasted the notice to their office building.

The X Addl. City Civil and Sessions Court will hear the case again on Monday 27/04/2015. The film is directed by Nanda Kishora.