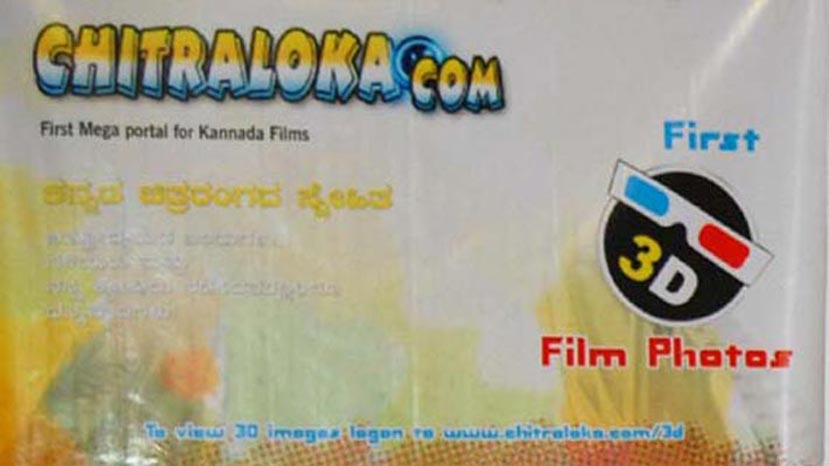 Chitraloka Mega Portal which is attaining huge popularity with the browsers is now on the course of another big achievement. From Saturday, it has entered the state of the art 3 D technological phase with some of the photos and videos of the portal being shown in this format. This was announced in a press conference organised by the Mega Portal in which Ravi Hegde, Group Editor of  Udayavani,  Ravindra Joshi of Andolana Mysore, Hameed Palya Editor of Suvarna news channel and producer A. Ganesh, Vice President of the Kannada film producers association were present. 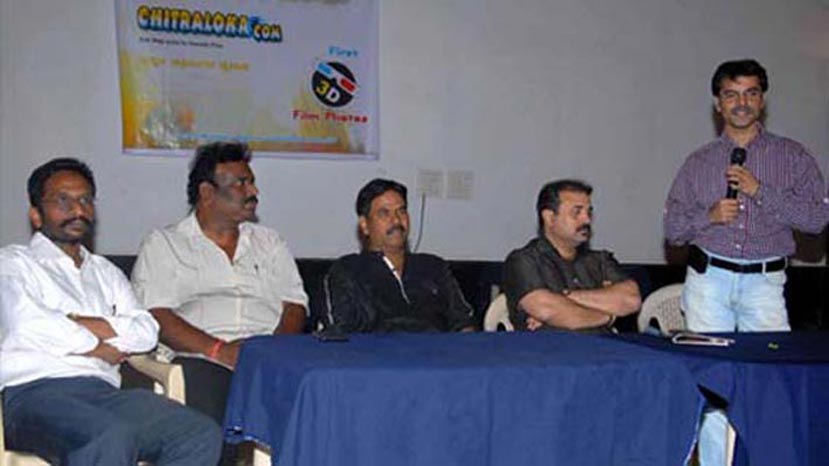 The large attendance of the function included many well wishers of the portal's editor K.M. Veeresh, media personalities that included top names like Udaya Marakini and others and others.   The portal also received good wishes and messages from many members of the Journalist fraternity.

Veeresh said that 3 D technician Gururaj who was part of the Udayavani group's 3 D technological diversification of  Roopa Tara Magazine has been selected to assist the 3 D up gradation of the portal. He  felicitated the members of  the Chitraloka content and technical group who have been responsible for the huge successful story of the dedicated mega portal.

Earlier Ravi Hegde explained the salient features of the 3 D innovation undertaken by the Roopa Tara magazine which became an instant hit.  He said the media should wake up to reality and bring in some new innovations to enhance its appeal and bring in a new set of additional readers and browsers.