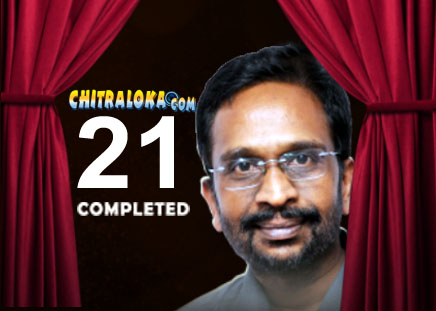 It's anniversary time for Kannada Cinema's first mega portal. The portal which was launched on the same day (26 June 2000) by Late producer Parvathamma Rajakumar has completed 21 years successfully and has marched towards 22nd year.

Chitraloka.com is the pioneer and the first online portal for Kannada films. The portal just started with some cinema news and rare photographs and gradually went on to give other services and today, with advanced technologies, Chitraloka has created many milestones and is still barging ahead.

Chitraloka is the first to organise a photo exhibition of some rare photographs and enter into Limca Book of World Records. It went on to create many milestones in the coming years and recently to name is the Silver Button from Youtube for successfully having 1 lakh number of subscribers and views.

In spite of the pandemic  and the huge problems that it created, Chitraloka has never been short on updating news about Kannada cinema. Amidst the pandemic, the portal has been giving sensational stories about the Kannada film industry through Youtube channel. Chitraloka has been posting interviews of well known film personalities including Chinnegowdaru, SA Govindaraju, RekhaDas, Dwarkish, Sa Ra Govindu, Guruprasad and others and these videos have garnered a huge viewership in not only Karnataka, but also beyond.

Chitraloka thanks all its readers, advertisers and well-wishers whole-heartedly for the encouragement that they have been giving all these years.

Chitraloka requests all our browsers to take care of yourself by wearing mask and maintain social distance in public and avoid the spread of deadly corona virus.