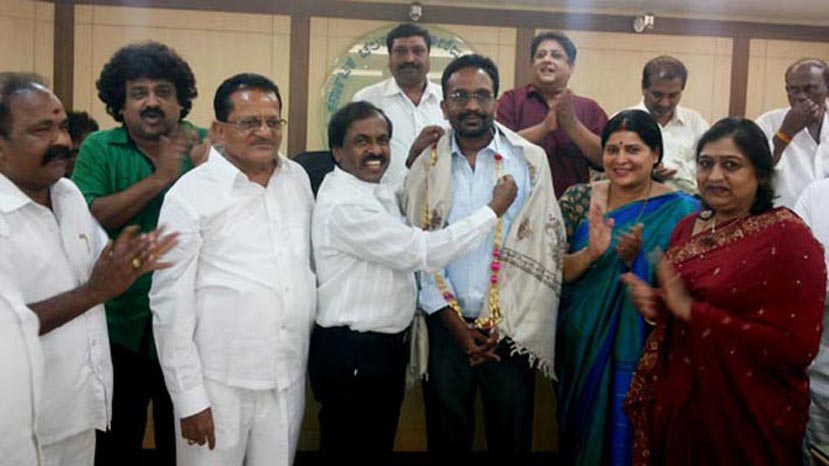 In the middle of the meeting all of a sudden producer Umesh Banakar announced the anniversary of Chitraloka.com! KFCC president Thomas D'souza, Dr Jayamala, KV Chandrashekar, B Vjayakumar, HD Gangaraju, Pramila Josai and other EC members honoured KM Veeresh.

Dr Jayamala took permission and spoke about Veeresh and Chitraloka. She said Chitraloka is doing a fantastic job and is supporting Kannada film industry. "We should all support him in all ways and KFCC should take initiative to get him film advertisements. We should also talk to the government and get him support", she said. 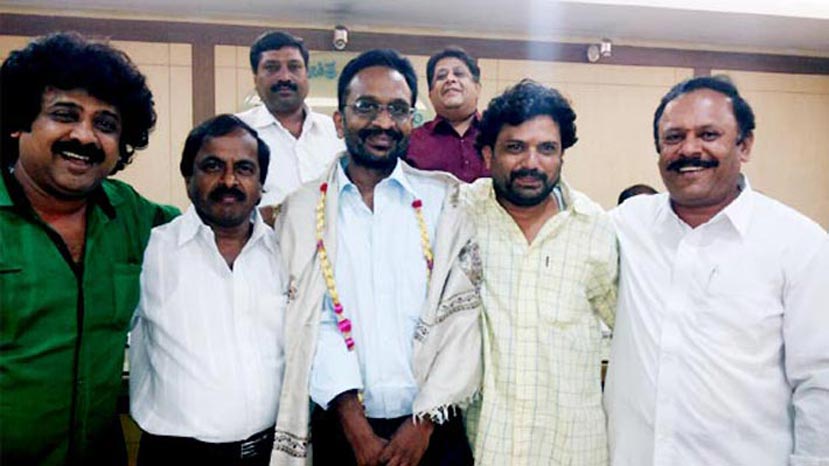 KV Chandrashekar said "Veeresh is humble from day one till date. Before starting Chitraloka he was taking photos and started Chitraloka when many did not know about internet."

KFCC president Thomas Dsouza said all support will be extended to Chitraloka.