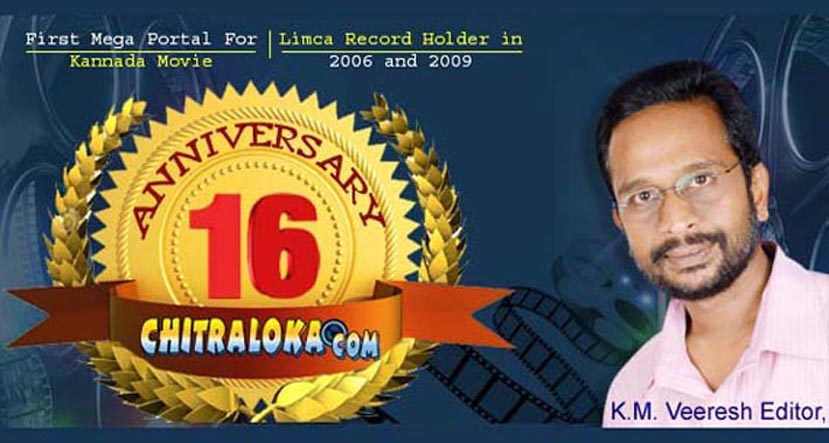 It seems just yesterday, but it has been a long and fulfilling journey of 15 years. The first Kannada film  portal, Chitraloka.com, has completed 15 years and is now 16! Along the way Chitraloka has become an indivisible part of the Kannada film industry. When we started the journey, not just websites, but Internet itself was still alien to many people even in the film industry. In the age of instant messaging and social media, it is hard to think of the time when

We had to take big leap of faith and launch a first-of-its kind website totally dedicated to just Kannada films. It was a time when even film news in newspapers was in black and white. Fans had to wait for some periodical to publish a colour photo of their favourite star to preserve it. Chitraloka was one of the first to recognise the rapid change in technology and the benefits it brought. It was the first in the field of films to adopt it. Today lakhs of Kannada film fans from not only Karnataka but across the globe access Chitraloka for instant and fastest news about Kannada films, its stars and its technicians.

15 years is a small part of the over 80 years of Kannada talkie films and 100 years of films being made in Karnataka. But these arguably were the most exiting 15 years and Chitraloka is proud to be part of it. In the recent years Chitraloka has ventured into promotion of Kannada films overseas and providing online solutions for film marketing.

16 is the age to turn more colourful and more vibrant. As Kannada films break new grounds and march boldly forward, Chitraloka is committed to present every aspect of our industry to the fans in all its glory. We at Chitraloka thank all our readers, film personalities and advertisers for their support in making this the numero uno in the field of Kannada film news and publicity.

Chitraloka Exhibition Gets Another Limca Book Of Record