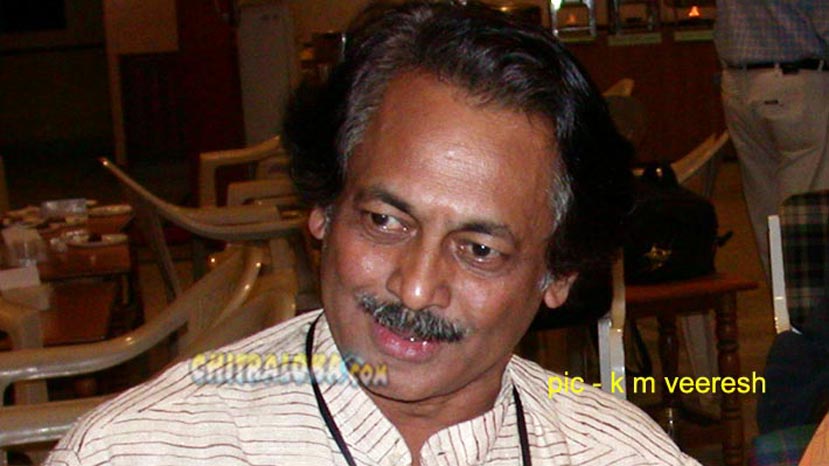 The DFF has used my photograph in place of Dr Rajkumar and paid Homage. I would like to clarify that I am still alive and not DEAD. I have made ten films so far and contributed in my own way to the rich tradition of Indian Cinema. The president of India has awarded me nine times for my contribution to Indian cinema. But it now appears that the DFF wants to see me dead for my services to Indian Cinema. What an Irony.

The utter disregard for the South Indian Cinema, which contributes more that the half of Indian Cinema, was evident from the beginning of the festival at Goa. All the south Indian film Personalities are treated like dirt by the organizers .This year was no different either.

The very first day there was some protest .Even on the day when the Goan Government and The entertainment India held Joint press conference at Bengaluru to launch their web site, the Benagluru press objected to the omission of South Indian film personalities in general and Kannada film personalities in particular from their list of Invitees. (Incidentally, DFF, Entertainment society of India and the Goan Government invited me, whom they call dead now, to launch their web site).

The CEO of Entertainment industry of India said that it would be corrected before the festival opens. It never happened. This only goes to prove that they have deliberately ignored and thereby insulted the south Indian Industry.

For the Goan Government, IFFI is no longer a Cultural Event but only another TAMASHA. The festival at Goa should be hence forth called not as IFFI (International Film Festival Of India, but as Festival of BOLLYWOOD TAMASHA.)

I suggest that the South Indian Film Industry and Kannada Industry in particular should register a strong protest against all these discrepancies.

I also suggest that We should come out with a strong suggestion to shift IFFI out of Goa.