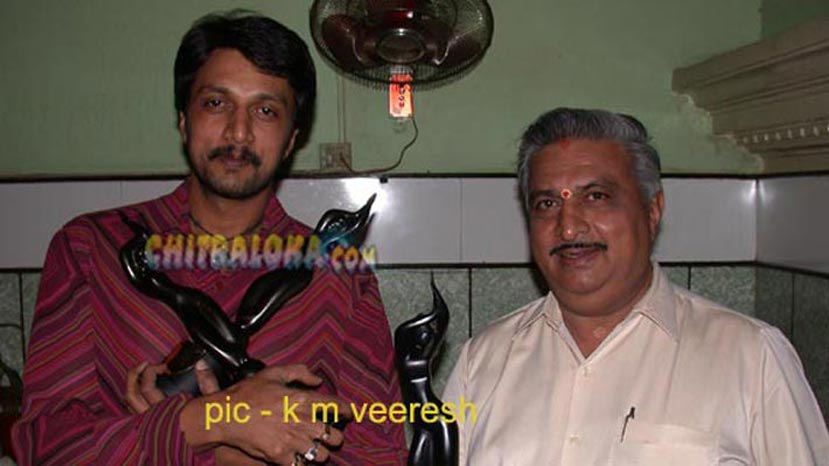 The shining star of silver screen Sudeep is forging ahead and pocketing prestigious awards. The recent one in his kitty the second consecutive Film Fare award is for his chilling performance in ‘Nandi’. Last year he had won for ‘Huchcha’ and it remains to be seen whether this tall and top rated actor of Kannada cinema make it for the third year in a row.