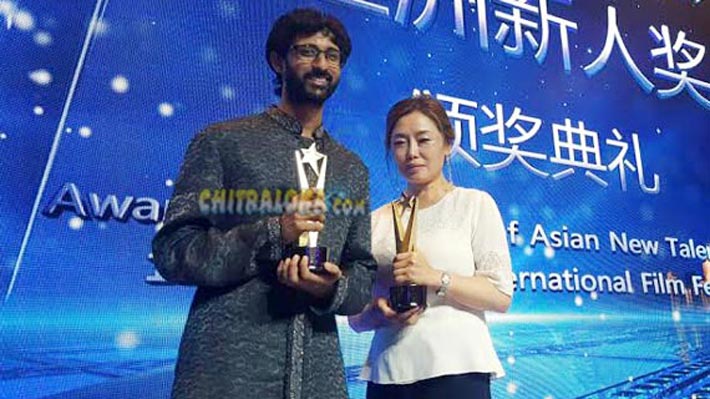 Ram Reddy's much acclaimed film 'Thithi' which was selected for the 19th Shanghai International Film Festival had won two awards including the best film and the best screenplay awards which is the highest award at Shanghai.

Shanghai International Film Festival started on the 11th of June and will conclude on the 19th of June. The film was screened twice and it was announced today that the film has won two major awards.

'Thithi' is a comedy written by Ram Reddy and Ere Gowda and has been directed by Ram Reddy. The film is about the cremation rites of a head of a family and what all happens in this process is told in a comic style.

Thithi has already won several international awards across the world and is also doing wonderful business in box office in Karnataka and several centres across India.

The film is now being talked about as the best bet ever by a Kannada film for the Oscar awards.